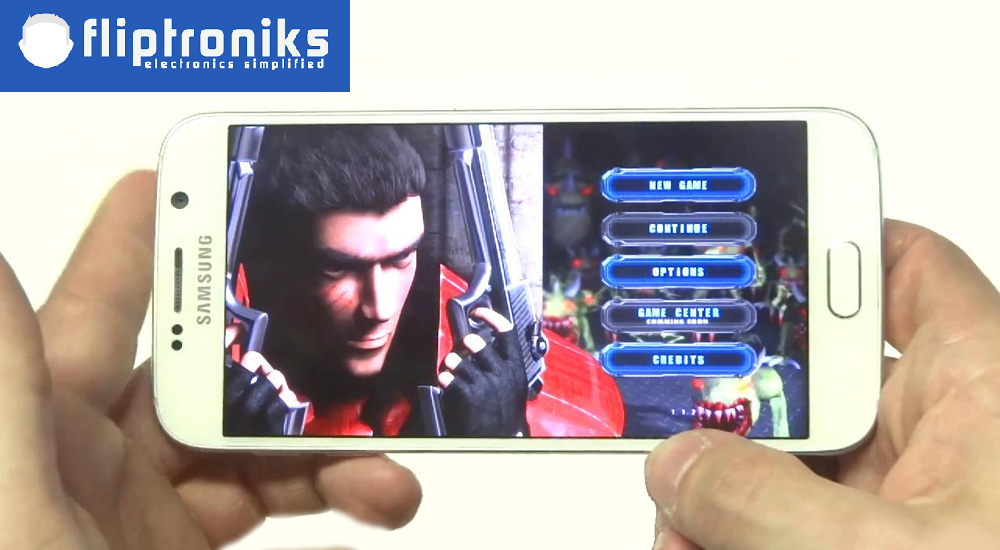 Alien Shooter is a game that was originally released on the pc years ago. It is a third person shooter that has two main gameplay campaign and survival mode. Im a huge fan of the survival mode where you basically keep playing until you die. This game is a highly addictive shooter that is available on both android and ios. The game looks and plays great on the galaxy s6, and has a paid and free version.