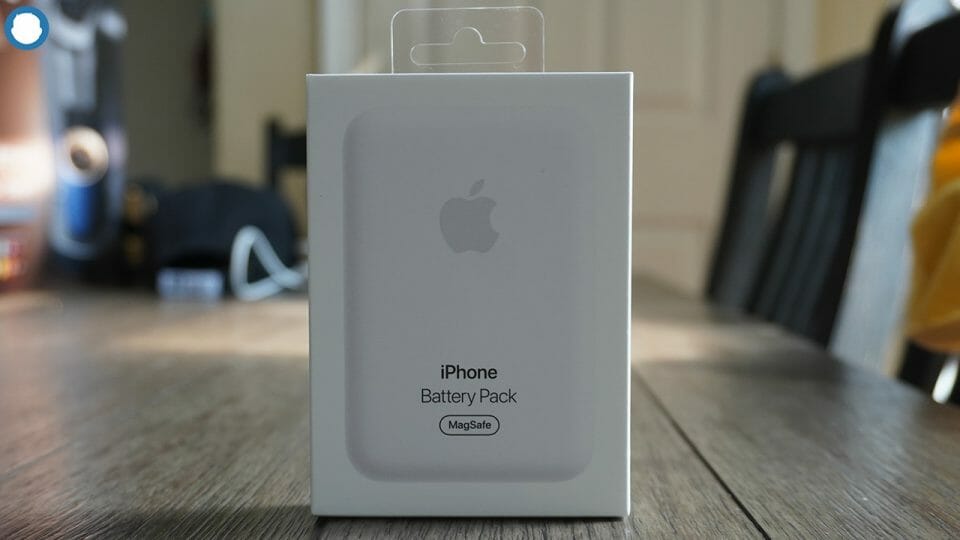 For years now, the go-to battery pack brand has been Mophie, and possibly Anker, but Apple is looking to change that with their own offering. After using the Apple MagSafe Battery Pack for a week I can tell you this accessory is fancy. It comes with a higher price tag than other options but promises the classic Apple ease of integration. So the question remains, is it worth making the switch to the Apple MagSafe Battery Pack?

Why the Apple Magsafe Battery Pack?

The main appeal to the Apple Magsafe Battery Pack is the seamless integration that Apple provides with all of its products. A good example of this appeal creating a best seller was with the Apple Airpods.

While other BlueTooth earbuds had been available for some time and at a more reasonable price, customers want something that can instantly connect without dealing with the difficulty of pairing. That is what Apple is chasing after with this battery pack.

The Apple Magsafe has decent charging speed and power, but it is estimated that these numbers will still not measure up to other third-party options. So, suppose you decide to go ahead and purchase the Apple Magsafe Battery Pack. In that case, you are buying one knowing that you’re buying it because of the simplicity offered by operating within the Apple ecosystem, not because of superior specs.

The Apple MagSafe is sized to fit all versions of the iPhone 12. You will notice that on the smaller versions it will take up more space, although every iPhone should still be usable with it attached. It measures 11mm thick, meaning that it is significantly thicker than the actual iPhone, which is something to keep in mind if you are concerned about the aesthetics of the product. It weighs in at 115 grams which makes sense considering the additional battery power that it must hold. It is made of white plastic, similar in material to the ever-popular Apple AirPods. 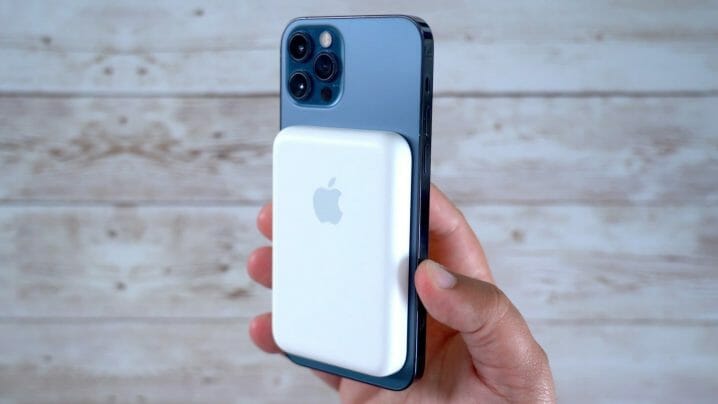 Unfortunately, for those of us who like to have color options, the Apple MagSafe Battery Pack only comes in one color, white. There is a possibility that, just like with other Apple launches, there will be additional color options in the next release, but, as of now, we are limited to the basic white.

The Apple MagSafe Battery Pack comes in at an impressive $99. Why is this so impressive? The main competitors for this battery pack are the classic Mophie charging blocks. The closest version of the Mophie battery pack is the Snap+ Juice Pack Mini which comes in at only $49.95. For two products with extremely similar specs, the price difference is massive. If you are buying in brand, chances are you will be paying a premium, which is definitely the case with this product.

Since this is such a new launch, we have yet to see if the product’s longevity will make up for the price. However, as of now, we can say the upcharge is based solely on the fact that this charger comes with the Apple brand name.

This battery pack features a 7.62V, 11.13Wh battery. This battery is approximately the same size as the battery that is featured in iPhone 12 and iPhone 12 Pro, meaning that theoretically, it should charge the phone fully. Unfortunately, wireless charging is just not equal to wired charging, so you will lose some efficiency in the process. With that being said, it is unlikely that you will get a full charge out of this battery pack.

If you’re reading this and thinking that the brand name is just not enough of an incentive for you to cash out $99, you’re not alone. Fortunately, there are plenty of great alternatives, including Mophie chargers and Anker chargers which we will be discussing today.

The Anker Magnetic 5k serves a virtually identical purpose to the Apple MagSafe Battery Pack. It is intended to be a portable, wireless battery pack that you can use anywhere. However, it has several benefits that the MagSafe Battery Pack does not feature. In addition, it comes in at just over half the price of the Apple MagSafe, making it a significantly more affordable option. 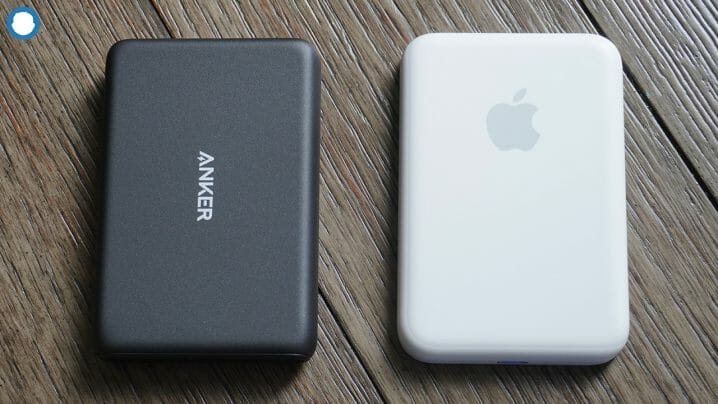 Not only that, it actually has a higher battery capacity, so you are going to be able to get more of a charge out of the Anker Magnetic 5k. Since it was not designed to be launched with one specific phone, it is compatible with more models than the Apple MagSafe Battery Pack is. Any phone that has wireless charging technology should be able to connect with the device and start charging.

In short, if you want a charger that is IOS programmed and is seamlessly integrated with your iPhone, then the Anker isn’t for you. If you want to save some money and get a charger that is, spec-wise, a stronger charger, than you should go for Anker or a different third-party charger.

So is the Apple MagSafe Battery Pack worth buying? Overall, it is a solid wireless charger. It offers seamless integration with other IOS programmed devices, and for the customer who needs this integration, it may be a great option. However, that does not mean it is the superior wireless charger just because it comes from Apple. One of the most significant downsides of the Apple MagSafe Battery Pack is that it was only designed to be compatible with the most recent generation of the iPhone.

All in all, if you want an Apple device, the MagSafe Battery Pack may be a solid investment, but if that is not important to you, the logical choice would be to go with a third-party charger. If you would like to grab yours not click here.

Ignition Poker vs Global Poker – Which Is Better?

How Loud is the Iphone XS Max?

Is Moto G7 Worth Buying?