Home Android Backbone One Playstation Edition Review – Is It Worth It?
AndroidProduct Reviews

Backbone One Playstation Edition Review – Is It Worth It? 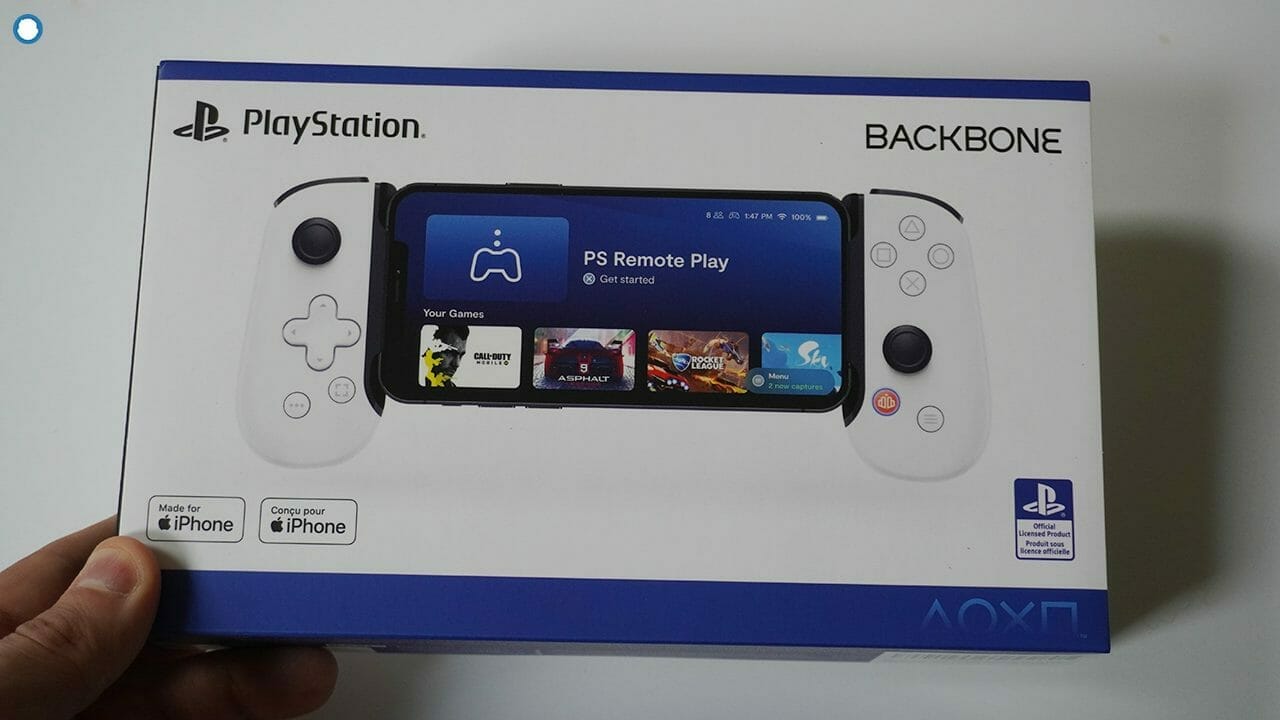 Sony isn’t known for mobile gaming. The PlayStation Portable and Vita, while both fun gaming consoles, never found the same success as Nintendo’s DS or 3DS. So when Sony announced the Backbone One PlayStation Edition, a controller that you could snap your iPhone into to play mobile games, it was a bit of a surprise.

Keep reading to learn more about the Backbone One PlayStation Edition and how it can help improve your gaming experience.

Backbone controllers are designed with the mobile gamer in mind. They are designed to hold your phone and provide a more ergonomic and comfortable gaming experience. The Backbone One PlayStation Edition is no different. Backbone has teamed up with Sony to seemingly dive back into the mobile gaming world with this new controller.

Sony hasn’t had a mobile gaming device since the PlayStation Vita, and with the recent success of the Nintendo Switch, it’s easy to see why Sony would want to get back into mobile gaming. The Backbone One PlayStation Edition is a great way to take your PlayStation gaming on the go.

What is the PlayStation Edition Backbone? 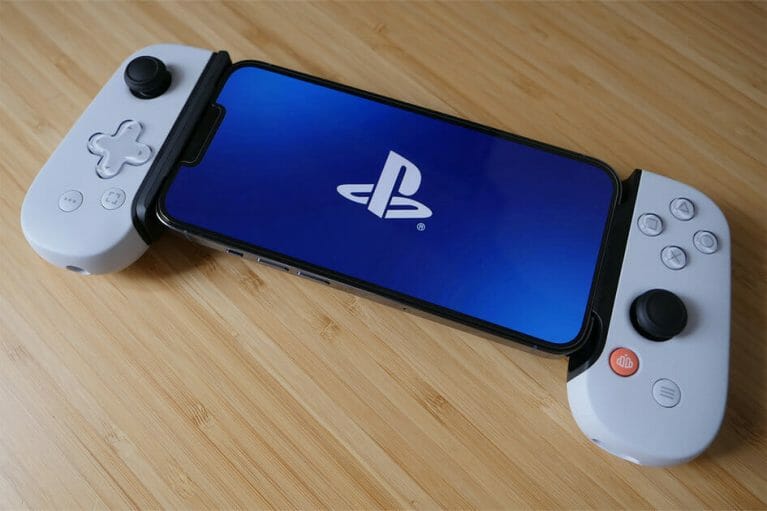 How Does It Work?

The controller easily snaps onto your iPhone, allowing you to play your favorite PlayStation games when a TV is not available. The controller works by using the Backbone app, which is available on the App Store. The app allows you to see a list of the games available to play while syncing the control with these games seamlessly.

The main difference between these two models is design. This new version is a cool white color and features the PlayStation button symbols instead of the ABXY Xbox button layout. There are no major changes to the hardware. However, many users will notice updates to the software. The app has added chat room and messaging compatibility, higher quality streaming, and screen sharing. 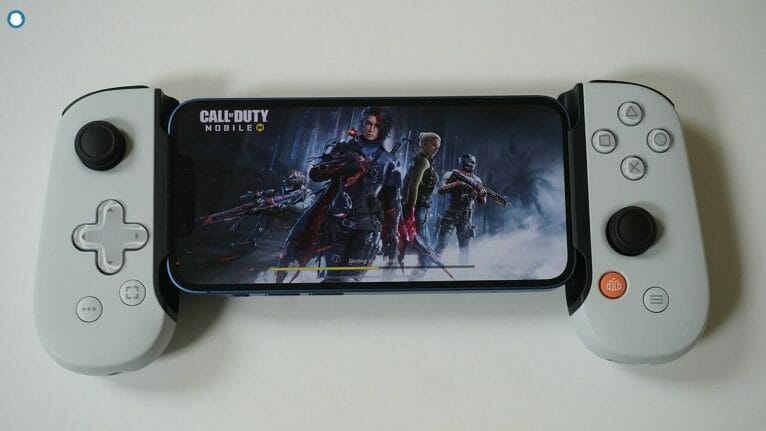 The controller features a great-looking white finish while being cordless, chargeless, and easy to carry. In addition, the controller has console-quality controls making it fun for gaming on the go with friends. Designed in partnership with Sony, the Backbone features tactile buttons, responsive triggers, and clickable thumbsticks. The controller’s ergonomic design and rounded edges allow for a comfortable gaming experience.

Backbone is compatible with the newest iPhones (iOS 16 and up), fitting smartphones of all sizes. In addition, an adapter is included for iPhone 13 Pro and iPhone 13 Pro Max, which should make using them easier. This product connects to your iPhone’s Lightning port, which allows for minimal latency when playing games. This brings the experience closer to that of a console game. Additionally, this product is low-power, taking less energy than a pair of Lightning-connected headphones.

The Backbone Lightning port not only lets you charge your device while playing games but also has a 3.5mm headset jack so you can enjoy audio another way.

Just like its predecessor, the Backbone One PlayStation Edition is priced at $99.99. This price is well worth it for the quality of the product. Of course, the price may seem high for a mobile game controller; however, it is important to mention Backbone made this controller in conjunction with Sony.

Benefits of the PlayStation Backbone One

The Backbone gives games the opportunity to have a more traditional console feel without sacrificing portability. There are a few improvements that could be made, like the lack of grip and the fact that Sony doesn’t have a dedicated cloud game streaming platform up yet. However, there are many features that make it a must-have accessory. Some of these features include:

The Backbone app is more than a launcher; it’s an all-in-one hub for games, news, and content. It not only aggregates all your games and platforms into one place but also makes recommendations about what to play next. In addition, the app has been improved to include 1,080p and 60fps recording as well as streaming and screen sharing while recording since the 2020 model was released.

The controller now has the ability to use a Lightning-to-USB cable connection in order to play on an iPad, PC, or Mac. In addition, with seamless integration to game discovery on iOS, you can directly connect to the App Store to buy and download games. You can also filter by gaming platform for more intelligent game recommendations. You may see who’s online, create or join parties to voice chat while you play together, and even go live on Twitch immediately and share the link with your pals. The process has been streamlined to less than 10 seconds.

The Backbone is compatible with other devices, such as the iPad, Mac, or PC. You can use it to play cloud gaming services like Playstation Remote Play, Xbox Cloud Gaming, and Google Stadia. In addition, the Backbone has been fine-tuned for performance on each device so that there is less latency than traditional Bluetooth controllers – making it ideal for an immersive gaming experience.

The app not only maps the controller to the PlayStation nomenclature within games, but it also ensures that it’s correctly linked with the console. It’s a fantastic experience overall. However, because of the use of identical fundamental hardware, rather than being aligned together like on an Xbox controller, thumbsticks are in a high-low arrangement instead of one high-one low design. It isn’t much of an issue unless your PlayStation muscle memory has you reaching for the wrong location.

The Backbone One PlayStation Edition is a great controller for iPhone users. While it has its flaws, such as the high-low arrangement of the thumbsticks and the lack of grip, the positives outweigh the negatives. It has low power consumption, making it a great choice to use while gaming and charging your device at the same time. The controller is easy to use and has a great app that helps you find new games to play. Additionally, the controller is compatible with other devices, such as the iPad, Mac, or PC, making it a great option for cloud gaming services. Finally, choosing a Backbone One PlayStation Edition over a traditional Bluetooth controller will give you a more immersive gaming experience with your mobile device.

How To Play FanDuel Out of State – Apply This Tip