Home Apple Beats Studio Buds Review – Are They Worth It?
AppleFeatured AppleiPhoneProduct Reviews

Beats Studio Buds Review – Are They Worth It? 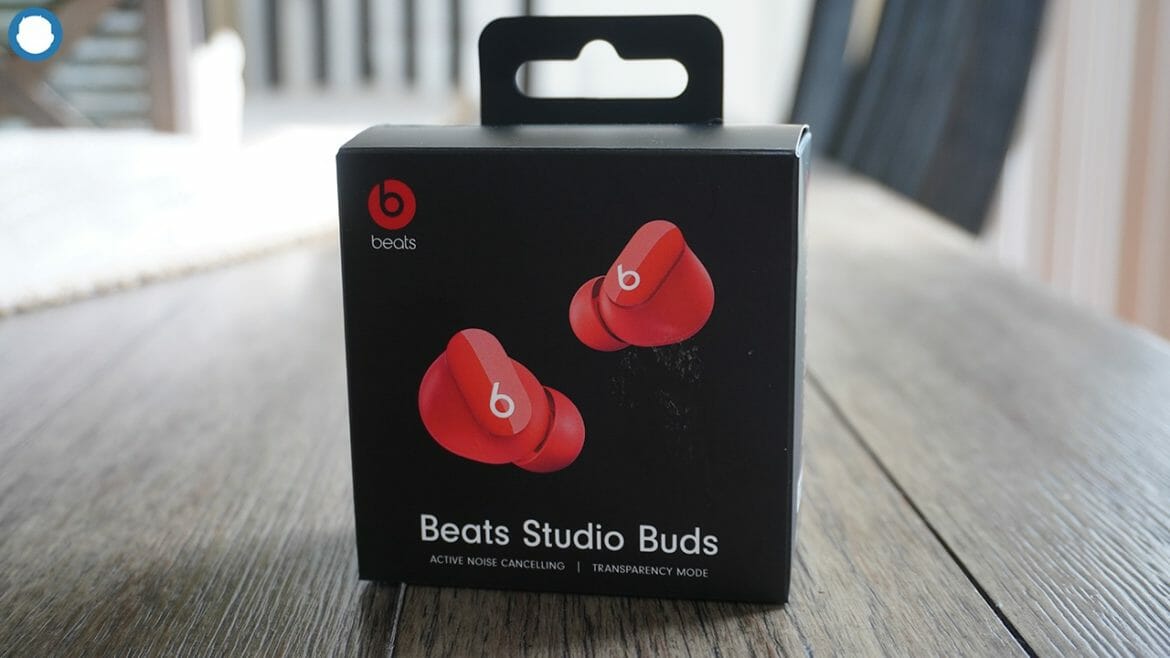 Whether you are or are not a consumer of Beats and Apple headphones, you have most likely heard of them. Created by Dr Dre in the mid-2000s, it is now owned by Apple and one of the top audio companies in the world.

The newest product added to the Beats lineup is the Beats Studio Buds. Released on June 14 at a price of $149.99, these are nearly $100 cheaper than the lowest-priced Apple ear pods. As the newest addition to Apple’s lineup of wireless headphones, they boast truly active noise cancellation. They are surprisingly more affordable than both the AirPods Pro as well as the Powerbeats Pro and come in black, white, and red.

Similar to other Apple devices, the Beats Studio buds come with “Hey Siri” support and “Find My” integration. If you do not have an iPhone you can still use the Beats Studio Buds as they pair with both iOS and Android devices. With 24 hours of combined playback with the charging case, and an IPX4 sweat and water resistance rating, these are nothing like we have seen from Beats before.

When comparing the Beats Studio Buds to other AirPods, the AirPods Pro is $100 more expensive. They are only slightly comparable in design in that they both feature an in-ear design. The Studio Buds come with three different sizes of ear tips for a perfect fit.

Studio Buds also include tactile buttons placed below the logo on the earbud. This is much more responsive to touch compared to any of the products that have come before.

Beats Solo, Pro, and Studio come in a variety of colors. On the other hand, AirPods and AirPods Pro only come in white. The Beats Studio Buds come in three different colors, red, classic white, and black. This now allows the consumer to obtain wireless earbuds in a color other than just Apple White. 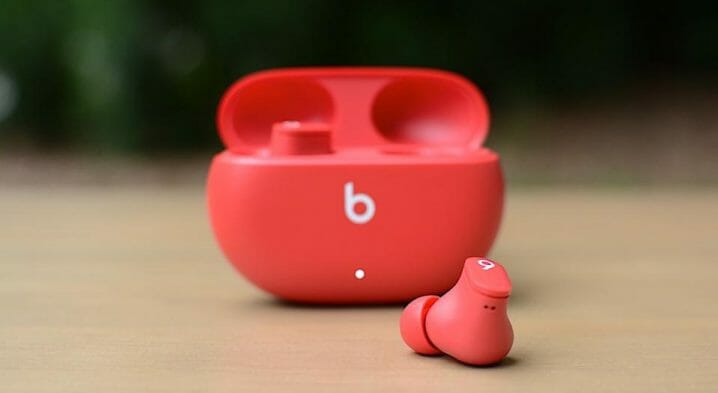 With dynamic, well-balanced, and clear sound, the Studio Buds allow you to truly control your listening experience. They block external noise through the Active Noise Cancelling feature, but there is also Transparency mode. This uses an external-facing microphone to bring in the sounds around you as well. This is important for those who exercise outdoors, have children, or listen to music while cycling.

Offering an IPX4 rating for water and sweat resistance does not mean you should submerge them in water. Instead, it means that if they get a drip of water on them it won’t destroy them. It is not recommended to completely submerge them into water at any time.

Offering a 5-hour battery life while using noise cancellation, and an 8-hour battery life without using noise cancellation, Beats Studio Buds deliver balanced sound for hours. An additional two hours of charges are contained in the charging case which provides up to 24 hours of combined playback. When the battery is low you are given the ability to utilize the 5-minute Fast Fuel charge. This type of Fast Fuel charge provides up to 1 hour of extra playback.

Tactile button controls make it easier to quickly customize your listening experience, and they are extremely lightweight. This allows you to utilize the one-touch Bluetooth pair on all Apple or Android devices. This also allows you to use the “Hey Siri” function with iPhone.

The Beats Chip allows you to use the phone with an Android device, but with a few limitations. On an iPhone or other Apple device, the Beats Studio Buds allow you to use features such as listening with one earbud, the ability to check your battery level, and connectivity to the Beats app. 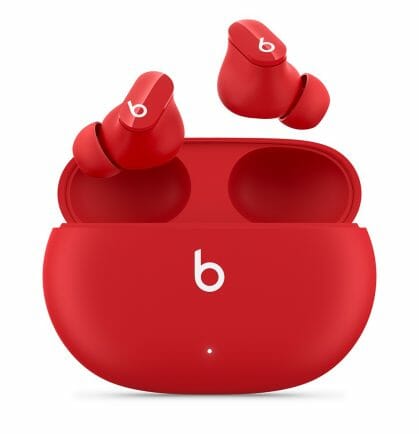 Listed at $149.99, the Beats Studio Buds are at least $100 less than any other in-ear wireless headphones in the Apple/Beats family. Other Apple/Beats in-ear headphones prices include:

When it comes to the Beats Studio Pro, you will not be getting the best in Beats, but you will be getting the best price for Beats. You might miss out on a few features, such as switching between devices, but the Beats Studio Pro comes in three colors for variety. Studio Buds work well for Android phones which is unlike many other options from Apple and Beats. The price is not $20, but it is low for the average cost of this caliber of earphones.

Razer Kishi Iphone Controller Review – Is It Worth It?

Nokia G10 Review – Is It Worth Buying?