Alright, so we have the BLU G90 and its a beast of a phone. I’m a huge fan of these BLU phones because they’re inexpensive and they’re just freaking awesome. So when this one came out I had to get it. As of right now it sells for around $130 dollars. Typically when BLU releases a new phone they keep the target price below $200. This strategy has proven well for them since phone sales seem to be sky rocketing! Anyways lets take a closer look to see if this phone is a banger.

What’s In The Box?

Inside the box you got your basic stuff, charger, headphones, manual, etc. The phone also has a plastic filter to help protect it for shipping purposes. The one cool thing you will notice is that the plastic film on the screen has the specs on the outside of it (watch the video above to see it). That’s pretty classy right there. The BLU G90 has a massive 6.5 inch LCD display. When watching video or playing games you will notice that the notch does not shrink the screen at all. So you will get just about all of that 6.5 inches. The phone also comes with a pre installed screen protector to keep it from getting finger print smudges. Overall great looking display for a $130 dollar phone.

The BLU G90 has a triple lens camera. It has a 16 megapixel back camera, and a 13 megapixel front facing camera. It also has a small 8mp telephoto lens for taking close up pictures. You can also record in 1080 while using it. Overall the quality on this camera is great for a budget phone. Then it’s got the MediaTek Helio processor. Having tested some high graphic games like PUBG, and COD Mobile it has no issues running these types of games. You will however have to adjust the graphic settings in some cases.

You will get 64gb of internal storage on this phone. It also allows for an additional storage via a micro sd card. The battery life is also impressive on this phone and comes with a 4000 mAh built in battery. I’ve personally been able to get a full day of use on this phone when its fully charged. 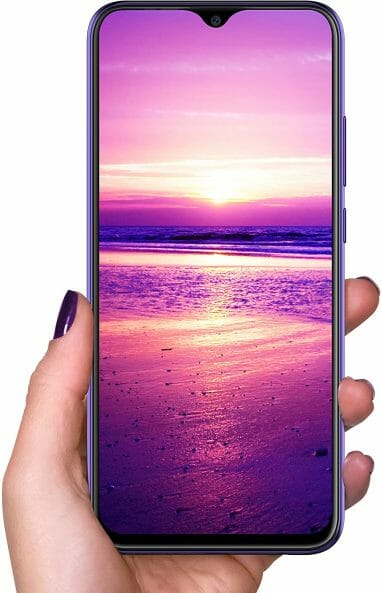 So is the BLU G90 worth buying? Heck yea! This is another banger for the BLU phone company. They continue releasing these awesome budget phones that can perform like a mid range $400 plus phone. For a $130 dollar phone you can’t go wrong on this one. You can check out the latest pricing on it here.

5 Most Undervalued Crypto Coins In 2021