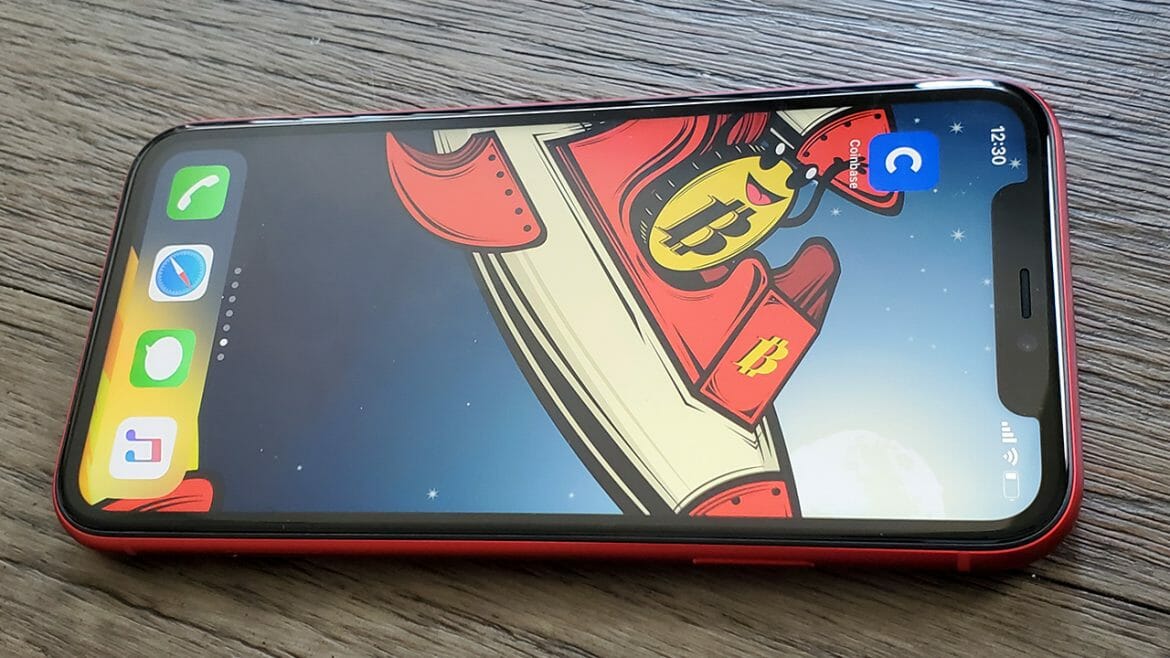 If your looking for a solid Coinbase alternative in 2021 than Binance is a great option. The cool thing about Binance is that they’re actually a larger cryptocurrency trading app and platform than Coinbase. They have more users worldwide by a pretty wide margin. Similar to Coinbase you can trade around 20 plus of the most popular coins by market cap. However they’ve also got some coins on here like Raven token that Coinbase does not offer. As we go over some of the benefits to using Binance you can check them out directly here.

Coinbase allows you to pull up different charts for coins you might have an interest in. When you’re looking at these different coins, pulling up the graphs for the one hour, the one day, the one month, is pretty nice. But I got to tell you, it’s a lot more analytical on Binance and I think that’s just a big benefit. So they let you pull up different graphs on here. You can pull up the one minute graph, the one hour, the three hour, the five hour, you can pull up the one day, the one month. But you’re seeing on here, the candlesticks. Candlestick charts are basically the buying and selling happening. So you can see the red’s selling, the green’s buying, you can pull up the different charts for coins on the right. In the video above I pulled up XRP here, but you can pull up any other coin. And then below, it’s very easy to place trades for buying and selling. The fees are very low on here when your comparing them to Coinbase. 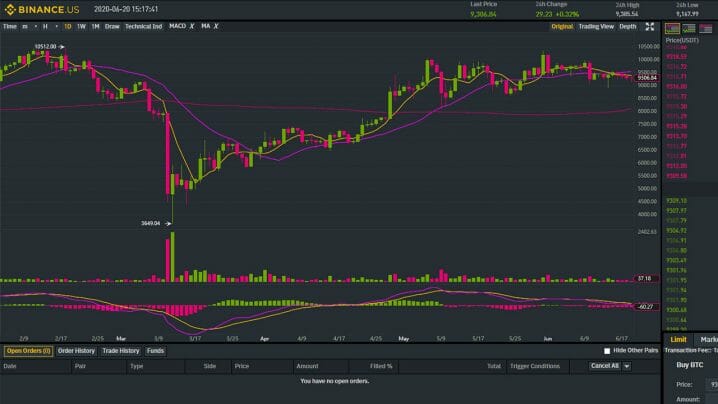 What makes Binance such a great Coinbase alternative in 2021 is easy trading options. Since Binance is more analytical for the charting you can just pop in how much you want to buy, or how much you want to sell.  You simply enter the dollar amount to place your buy order. They also let you convert coins on here too. So if you wanted to convert some Bitcoin to another coin on here, you could do that very easily. 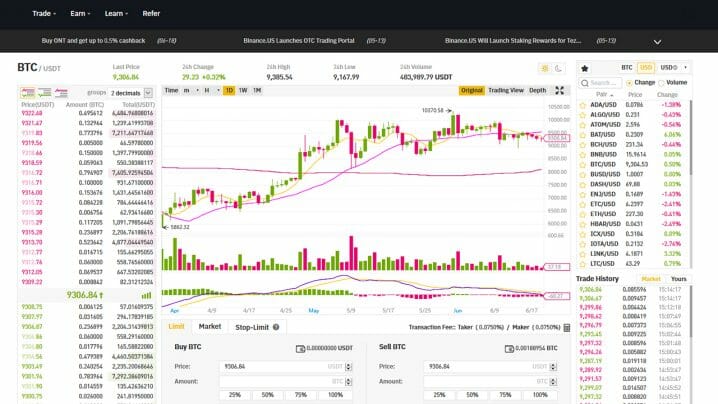 Coins To Buy On Binance US

As of right now you can buy around 60 different crypto coins on there platform. I personally own the Enjin coin which is a strictly meant for gaming. I own around $300 dollars worth of it, but plan to add more in the future. You will see a lot of similar coins on here such as XRP, Bitcoin, Ethereum, and BAT which are currently available on Coinbase. They will have some unfamiliar coins as well which would give you a reason to diversify some money into at least trying Binance out. You don’t have to have all your money on here. Now, clearly I have a lot more on Coinbase right now at around $10,400, but at the same time, I plan on dumping some more coin into Binance very soon. 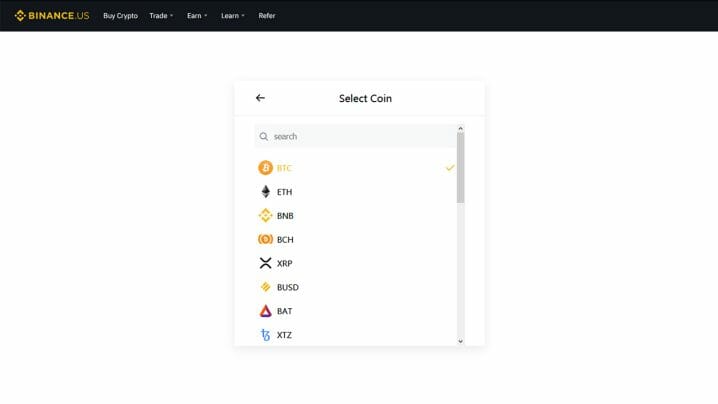 Best Coins To Buy On Binance US

Since were on the topic of a solid Coinbase alternative for 2021 lets look at some of the best coins worth buying. Now, Ethereum’s going to be the first coin I recommend checking out. It’s good because it’s connected with a lot of other coins and based on their price right now, I think it’s good. XRP, clearly, since I’m holding 54,000 coins, I think this one’s going to be good as well. This is a banking token, definitely worth checking out. Then you’ve got the BAT token, also known as the Basic Attention Token. This is a great one. It’s an advertising token that’s connected with the Brave browser. They’ve continued to get users with the Brave browser. So I think it’s going to have a good future. And then of course, we’ve got, XLM also known as Stellar. This is a coin that’s similar to XRP. I think it’s got a good future ahead of it too, based on its price point. And then, why not check out the Enjin token? It’s a gaming token. I think that since they don’t offer it on Coinbase, maybe it’s one worth looking at. Obviously you got to do your own due diligence to check some of these coins out. It’s not investment advice, but at the same time, I don’t see why it wouldn’t hurt to check some of that out. 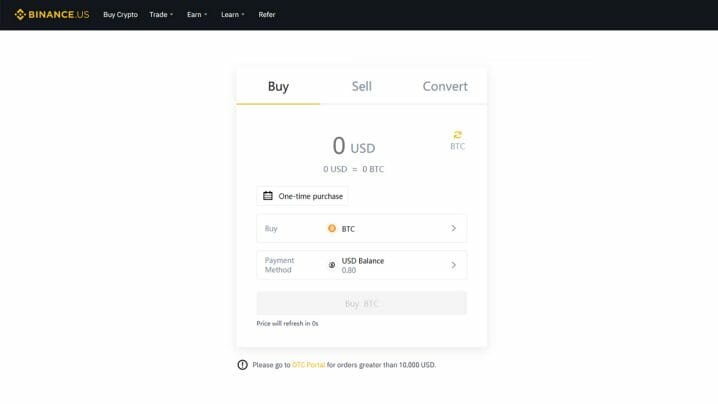 Binance is definitely a great alternative to Coinbase in 2021. It’s good to have money on a couple of different apps and platforms for crypto. So that’s why I recommend them. If your still on the fence for using them you can check out some more resources on Binance here.