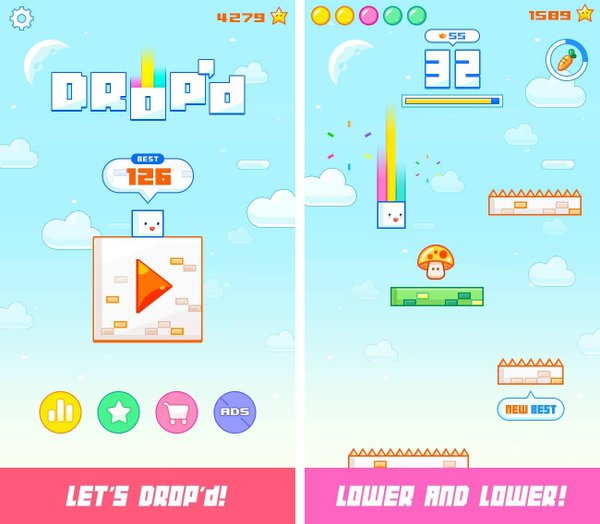 Drop’d is a new iphone / ios game that is high score based. It is a platform jumping game with a pretty addictive style to it. The game has a main character that looks like a jet puff marshmallow. He also has a kirby kind of thing going on, but i’m not really sure what to label him as. He is definitely an interesting character that is for sure. Its actually pretty funny since he starts out as a small square, but as you gain different power ups he gets a lot bigger. You can also unlock up to 20 different characters in this game, gain multiple power ups, and bonuses. 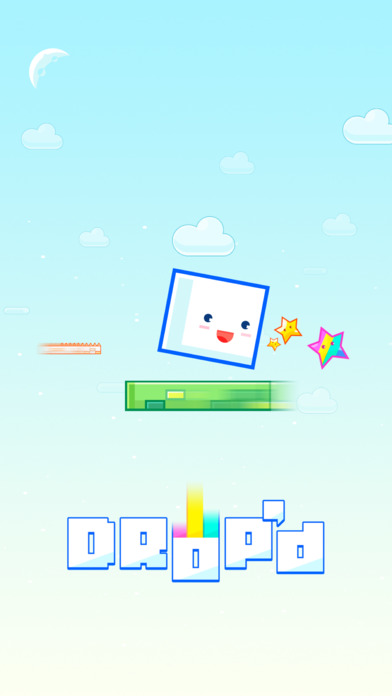 Some of the things that I like about the drop’d iphone / ios game is that its easy to learn. All your really doing in this game is tapping to try and get down to each platform without falling off. Sometimes these simple types of games make for some of the best. Each time you go down a level you have the chance to gain new power ups which will make your character bigger, collect coins, and enter in bonus stages. The game can actually get pretty hard the further down you go. The sound track on this game is also pretty good as I had no complaints with it which is a plus because you can have some seriously annoying music in this type of game. 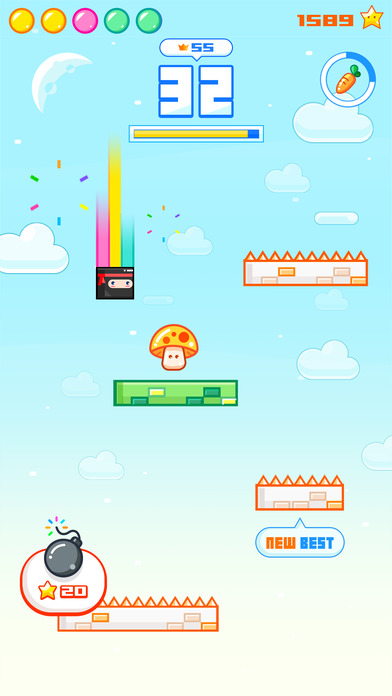 Some more things I liked about this game was the design of the level your playing in. Its very colorful and looks good visually. The drop’d iphone / ios game as I mentioned is also a bit addictive. Since its high score based your constantly replaying to try and beat your last score. These types of games are great to pick up and play when you’ve got nothing to do. Since there aren’t too many downsides to this game we definitely recommend you give it a download. Its an overall great game to play when you’ve got some time and have nothing to do. Its also a good high score game that can really suck you in, and end up wasting a good amount of time on. The drop’d iphone / ios game is currently free, but expect to have to deal with the occasional ad pop up while your playing. Overall however its not too bad with ads since I have experienced much worse on a free game. Also be sure to subscribe for more ios gaming updates.