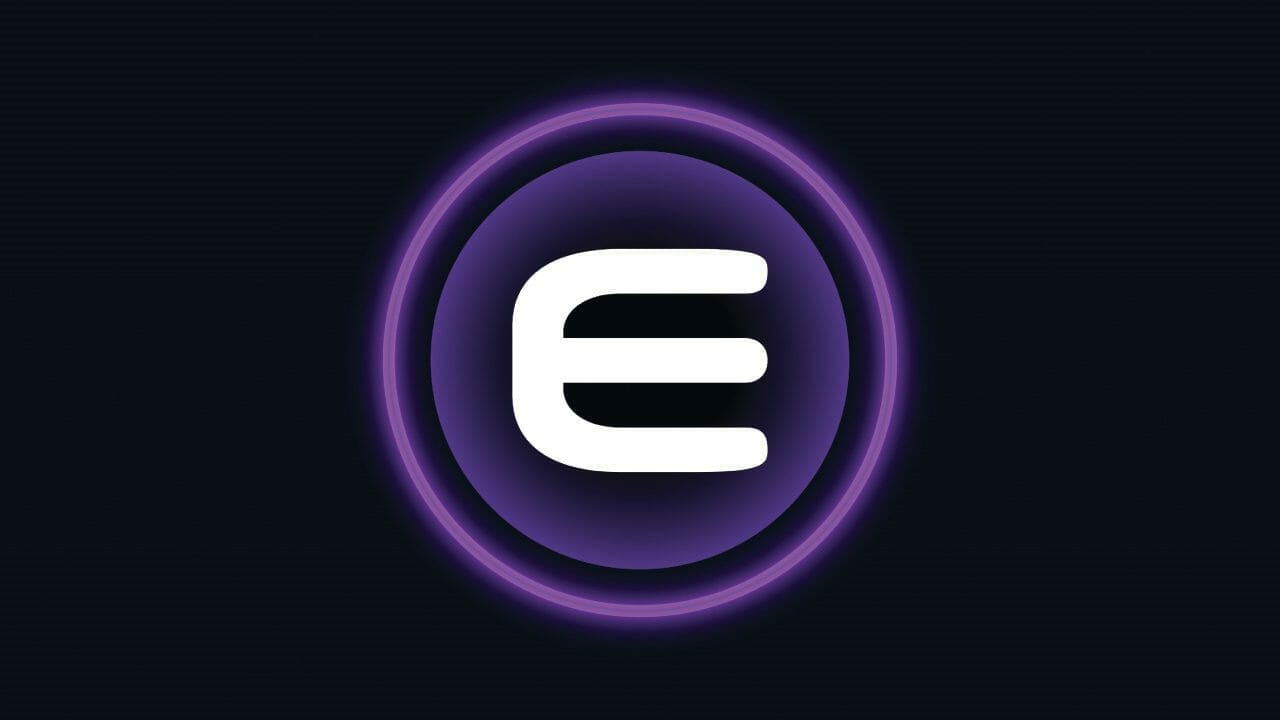 For those looking for the next 100x crypto gem in the next couple of years Enjin Coin could be the one you’ve been waiting for. And yes, we all want to risk it to get that sweet biscuit. Fortunately, Enjin has been around for over a decade and established itself as a player in the gaming nft metaverse space.

Keep in mind the craze for Non-Fungible Tokens is far from over. In fact, crypto lovers have only just begun to scratch the depths of possibilities that the crypto assets held for crypto-related ecosystems and communities. One of the industries with the largest NFT footprint is the gaming industry. The gaming industry has been transformed into a market with tradable items and other resources through tokenizing these items to ensure uniqueness, indivisibility, and no replicability, as well as prevent fraud.

The Enjin network tries to make this a reality by creating an interconnected ecosystem of networks focused on gaming products. with Enjin, game developers can make in-game items tradeable and transferable. Okay, and before we get into actual price predictions on where we see Enjin going, let’s first take a quick overview of what Enjin is exactly and what there trying to accomplish.

The Enjin project, created in 2009, is an interconnected network of blockchain-related gaming products. It allows gamers and developers to buy and sell in-game digital items tokenized on the Ethereum blockchain with real-world value. The native coin of the Enjin project is the Enjin coin.

The project was informed by the aim to create on-chain software tools which facilitate the creation, trade, and monetization of creative products with blockchain. With the Enjin technology, business and developers can back their assets up via Enjin coin and monetize these assets. The founders of the Enjin project include Maxim Blagov, the CEO and creative director, and Radomski Witek, its chief technical officer. Enjin integrated blockchain in 2012, specifically, the Ethereum blockchain, when Radomski realized he could turn his idea into reality via Ether smart contracts.

Enjin runs on a smart contract collection, allowing developers to mint unique fungible and non-fungible tokens. These tokens are then put on the Enjin market place where they can be traded or exchanged. Enjin keeps its circulation fairly scarce through a dynamic process that balances the ratio of custom tokens to EJN. The Enjin project removes the Enjin coin from circulation as more custom tokens are created to increasingly make the coin scarce and increase its value.

When users purchase the Enjin marketplace, via a combination of both on-chain and off-chain processes, the Enjin network, through the use of the third-party trusted platforms which interact with user wallets, immediately updates the user’s preferred destination with their purchased item or a non-tradeable version of the digital item until the transaction gets confirmed on the Ether blockchain.

Okay, and now as far as price predictions, please keep in mind none of this is financial advice and just our opinion, but by 2025-2030 we see Enjin hitting a price of between $3 dollars to $8 dollars per coin. The truth is the return on this coin is going to be massive or at least that’s how we feel about it. Also, this is easily a 10 billion dollar market cap crypto especially since its been able to stay in the top 100 of all coins for quite some time now. Of course, we would also like to recommend 3 other solid gaming coins to get involved with as well. Starting with Axie Infinity. 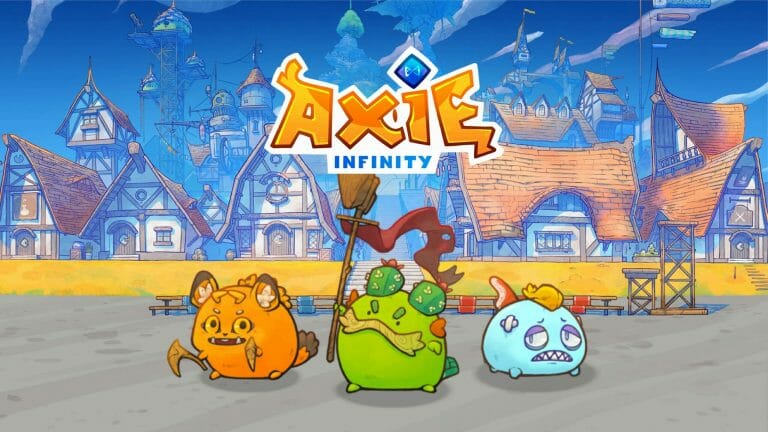 Axie Infinity is a popular play-to-earn game with tradable NFT characters and different virtual currencies. On Axie Infinity, players engage with virtual pets – known as Axies. Minted as NFTs, players can purchase any of the 700,000 + Axis available on the platform.

According to the Axie Infinity website, the most expensive Axie was sold for $820,000. Another GameFi collection token on the platform is LAND – which represents a virtual plot of territory which can be purchased. Axie Infinity has two main virtual currencies – AXS (Axie Infinity Shard) and SLP (Smooth Love Portion). The SLP tokens represent the in-game tokens that can be earned through gameplay. AXS is the governance token, giving platform members the decision-making power to maintain the platform. AXS is also distributed to the top 300,000 ranked performers in the arena format. With over 2.8 million active players, Axie Infinity has experienced a trading volume in excess of $3.6 billion on its in-house marketplace. Bottom line, you should definitely take a look at this one. 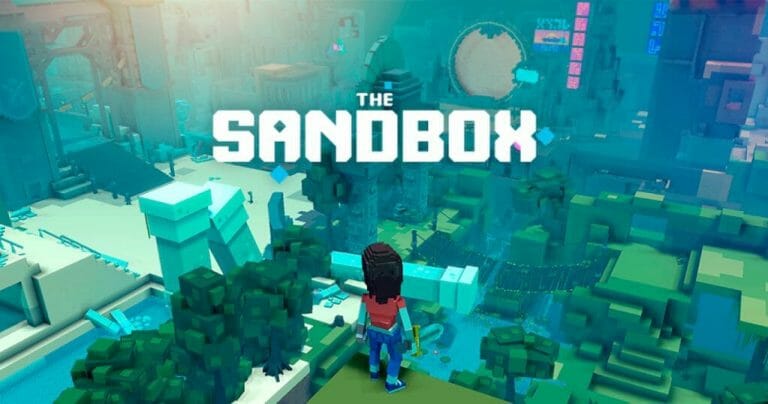 Second, we have The Sandbox. Sandbox is a metaverse game based on the Ethereum network. The platform offers various NFT-based protocols that function in this virtual environment through SAND – the native cryptocurrency. SAND is an ERC-20 token which powers the ecosystem and settles transactions. Players can leverage SAND to buy, sell and trade ASSETS – 3D objects representing different virtual avatars, including people, animals and tools on Sandbox. ASSETS are created using ERC-115 smart contracts and can be accessed on Sandbox’s marketplace. Notably, ASSETS can comprise non-fungible as well as fungible assets.

Third we have gala games. Gala Games is a blockchain-based gaming platform that incentivizes players to participate in games that they will actually want to play. Participants can earn in-game rewards on the platform such as non-fungible tokens and cryptocurrencies. Currently, Gala hosts one playable game – Town Star, along with an NFT collection – VOX. In the future, the platform plans to launch a fantasy RPG game, a tower defense game and a sci-fi strategy game.

Gala Games incentivizes and rewards players with GALA token – the native token of the platform. Built on the Ethereum blockchain, GALA has partnered with the Polygon network to provide investors and developers lower gas fees and faster transaction times. 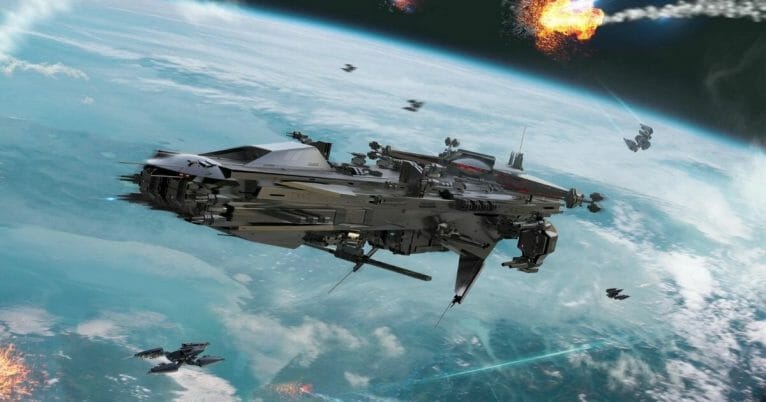 And last we have star atlas. This is going to be our risk it for the biscuit coin but the return on this one could be massive. Star Atlas is a blockchain-based, space-themed, grand strategy video game built on the Solana blockchain. It is a massive multiplayer metaverse set in the distant future, in the year 2,620. The gaming platform explores some of the recent technological breakthroughs by using Unreal Engine 5’s Nanite to create cinematic quality video games and visual experiences.  Players on the Star Atlas metaverse can trade, obtain and create non-fungible tokens (NFTs) within the Star Atlas universe thus enjoying an economy that reflects the tangibility, ownership, and value of real-world assets.

Star Atlas is built on the Solana blockchain and, therefore, stands to benefit from the network’s transactional through put that supports an extremely high 50,000 TPS (transaction per second).  Solana is touted as one of the fastest, most secure, and censorship resistant blockchain networks providing an open infrastructure from which decentralized applications can be built. Solana also features affordable transaction fees averaging way less than a penny per transaction. Even though this is another project in its beginning stages it’s extremely cool and could be huge!

Anyways we hope you guys enjoyed this list of gaming cryptos that can possibly give you a great return. Also, don’t forget to stack that Enjin coin.

Is Bovada Legal In Texas? – Can You Play Here

Does XRP Have a Future? – Price Prediction 2025