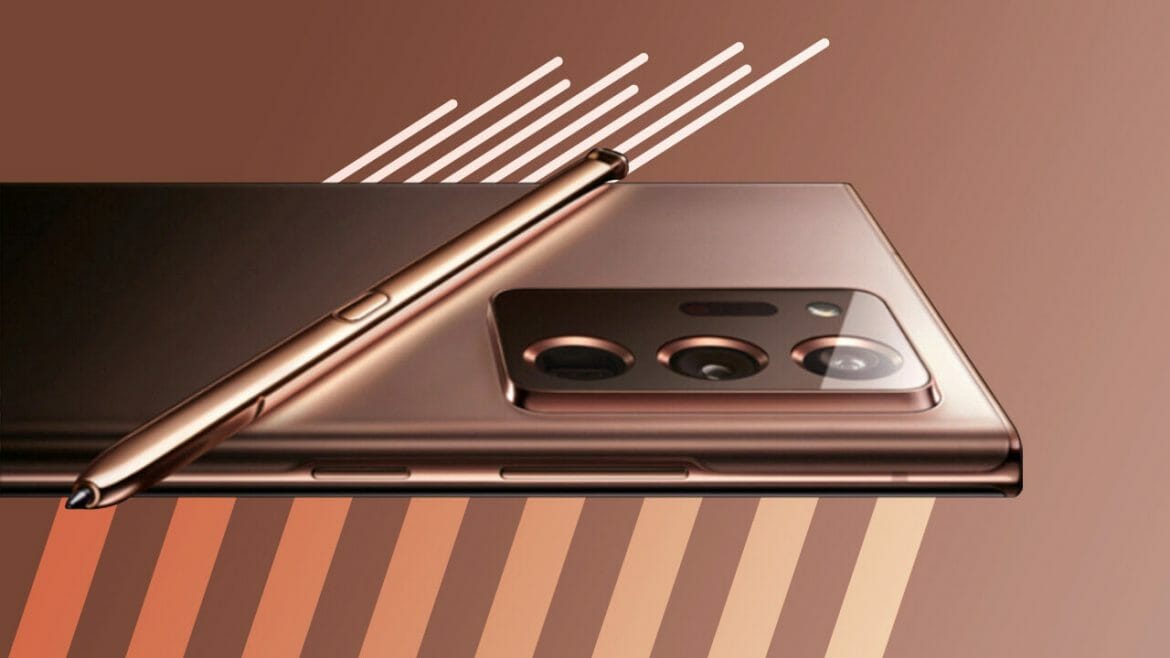 The Galaxy Note 20 release date is said to be August 5th. While we get closer to its official release the upcoming Samsung event has yet to be announced. However we have put together a cool trailer of what you can expect directly below.

Leaked renders have shown a flat 6.7-inch screen with hardly any bezel, a single-lens punch-hole camera, and a large Galaxy S20-like camera block on the rear. Dimensions are apparently 161.8 x 75.3 x 8.5mm, which would make it thicker than the 7.9mm Note 10 range, and despite that massive screen this is apparently the standard Note 20, not the Samsung Galaxy Note 20 Plus.

We could be looking at the Note 20 having 108MP main, 12MP ultra-wide and 13MP periscope snapper, joined with a laser focus system that replaces the Time-of-Flight sensor Samsung’s top-end phones normally have. It could also have a 50x zoom capability for taking close up shots.

Will It Be Worth Buying?

I’ve always been a fan of the Note Series phones. Samsung has never disappointed me in all my years buying them. Since the price for the phone remains unknown it would probably be best to wait and see what they will be charging. If your looking for a solid Samsung phone right now here is a solid pick.

5 Most Undervalued Crypto Coins In 2021