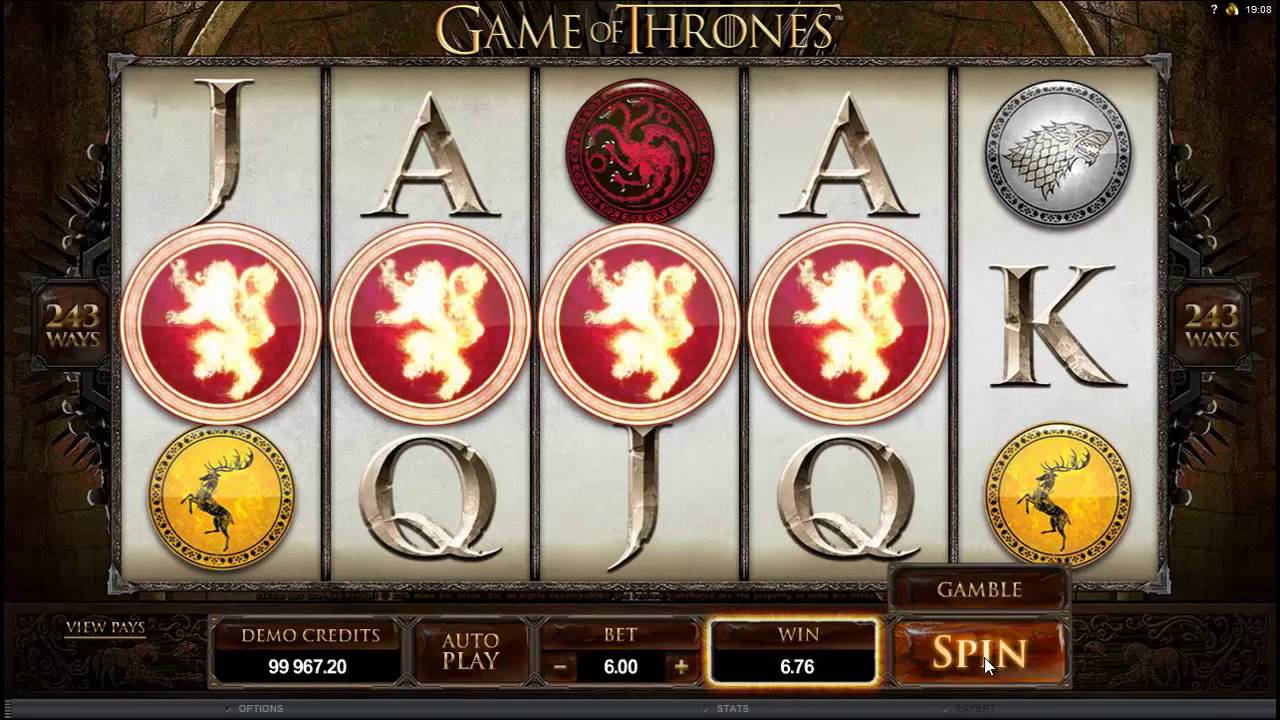 Even with the series over the Game of Thrones Slot Game lives on! This is an awesome game to play if you were a fan of the tv show. This games offers up a juicy 243 multiplier with the option to play for both practice and real money. The real joy in playing this slot game will depend on if you loved the series. I can say that I was definitely one who never missed a Sunday episode. The Game of Thrones Slot game is currently available on Bovada. We will also have some live game play directly below to let you see it in action.

The Game of Thrones 243 Slot Game was made by microgaming. For those unfamiliar they rarely make a bad looking game. There is a lot of attention to detail in this game as you can see in our above video. The game can be played on a pc, but also plays perfectly on mobile. The in game sound effects are spot on with the tv series, and the overall music while playing it is perfection. Even though this is a slot game it can definitely re invoke your love for the series while playing it. 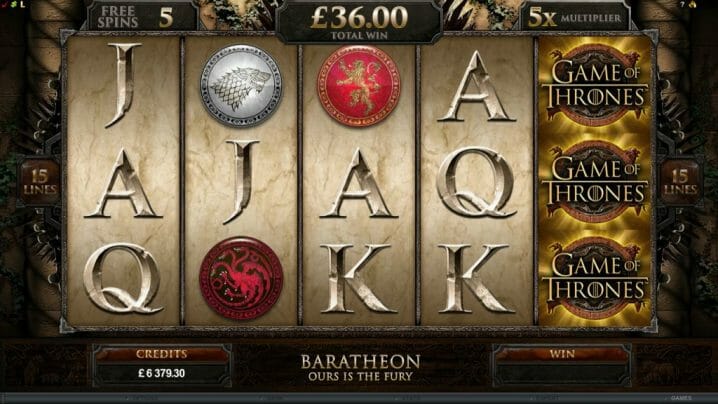 Stacked Wilds: The Game of Thrones slot logo is the wild and comes stacked across all the reels. Our biggest wins of the game were due to this beautiful little symbol showing up across several reels.

Scatters & Random Prizes: The Iron Throne is the scatter symbol. Three will trigger the free spins (see below) but even two is more interesting than usual. Because you’ll see a dragon egg on screen giving you an extra cash prize. It’s never more than 2x or 5x your bet, but hey, still better than nothing.

Scatters & Free Spins: Get three or more scatters and you’ll be taken to a second screen where you’ll pick between the following free spin bonuses:

We’ve had mixed success with all. Needless to say, Baratheon is by far the most lucrative way to win the most, but also the easiest to win nothing at all.

Personally we’ve had more luck with Lannister mode, though Stark has come through for us from time to time. Targaryen guarantees you at least 10x your bet win, often more. 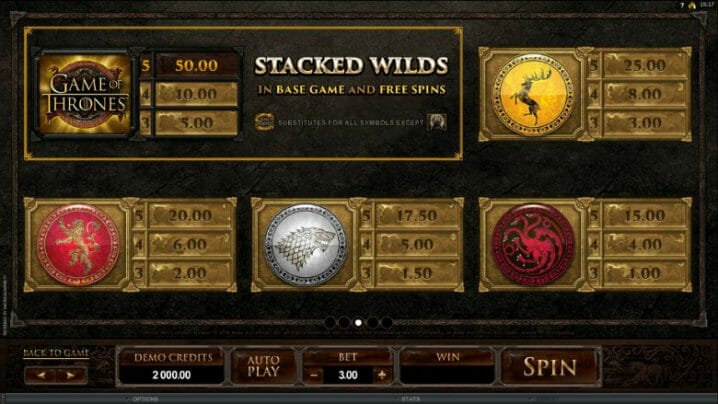 One of the best reasons to play slots on Bovada is because the mobile software is awesome. Literally at anytime of the day you can jump into a real money game straight from your phone. The games optimize perfectly whether your on IOS or Android. Load times are also blazing fast so you won’t ever experience any lag if you have real money on the line. The Game of Thrones 243 Slot game  is no exception and looks fantastic when your playing it on your phone. 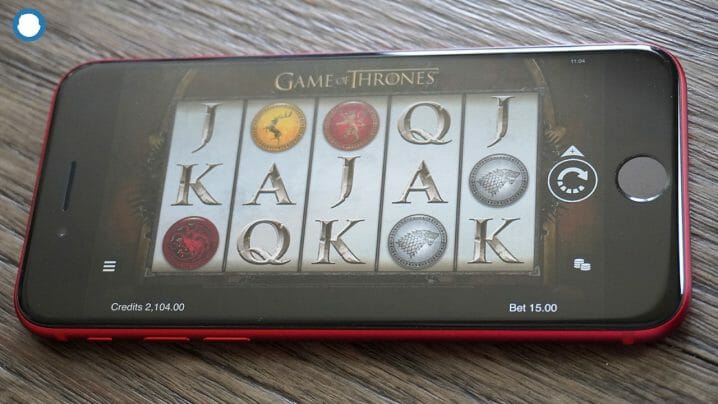 Of course getting paid is also of utmost importance. Fortunately Bovada currently has an “A” rating for fast cash outs. You can make deposits via any major credit card or Bitcoin. On the flip side you can cash out via bank-wire or Bitcoin. I highly recommend Bitcoin since its the fastest and most secure option. If your looking for a good wallet you can always check out Coinbase. 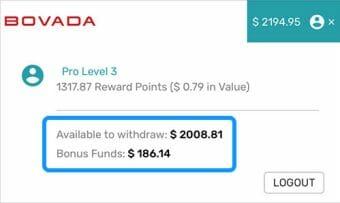 We’re all big fans of the Game of Thrones television series, and this Microgaming slot is a great addition to the series for any slots enthusiast that’s also a fan of the show. It’s quite basic in terms of its symbols and gameplay, but there’s entertainment from start to finish thanks to the excellent production quality and the fact that the game packs massive punch. The addition of the show’s soundtrack makes it even more compelling, while the possibility of winning over 20,000 times your stake from it is quite the achievement to try and obtain. Bottom line I would highly reccomend checking this one out asap by clicking here.

Fanduel vs BetOnline – Where Should You Play?