How To Play Ace King Suited – For Max Value 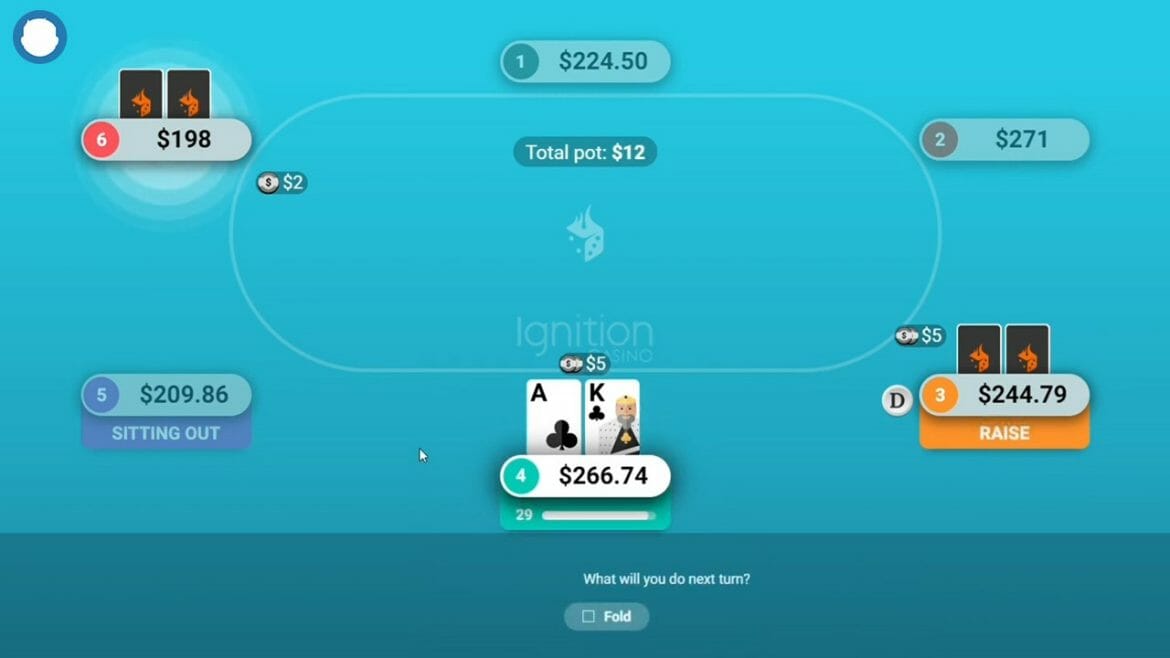 Ace king suited is a good hand in the game of poker that can help you avoid losing your pile of funds. It is also commonly referred to as big slick. If your ace king strategy is done right, it can help the player increase your technicality and earnings and if done otherwise, the loss will be contained. The ace king strategies can also help players outsmart their opponents if properly executed, therefore in this article we would address certain issues poker players might have such as how to play the ace king in early position, in middle position and in late positions, post flop and many more. Know that at the end of this reading you will know how to apply the ace king in your game and also improve your skill and knowledge. Let’s get started.

How To Play It In Early Position

Playing in the early position is quite difficult compared to the middle or post flop, this is because many players are behind you and are observing your moves and ranges. Because of this, there is a high probability that someone behind you is holding a big hand. The one advantage playing in early position has is that it gives your opponent a suggestive perception that your hand is strong. 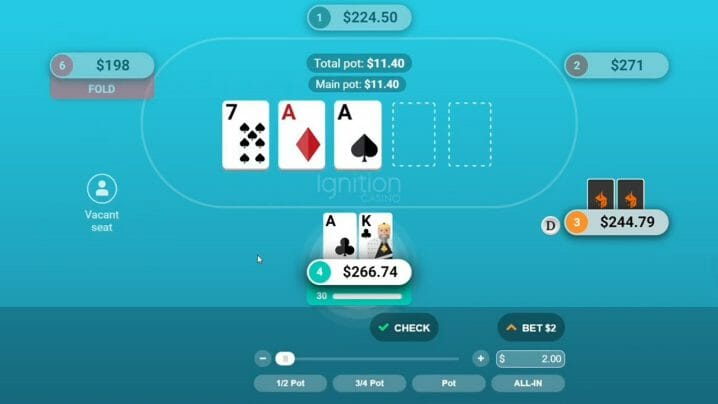 Considering all these, here are a few strategies to use in early position:

2.) Raise your value hands by 4x and you can increase your chances of making more profit.

3.) Ensure you use the strong range advantage throughout the hand.

4.) Know your strength and weaknesses and more importantly document your process as this would help you know which aspect of your game to improve on.

How To Play It In Middle Position

Another strategy to use is ensuring you take advantage of an open raise to play a strong hand. Losing the opportunity of open raise will almost always comes back as a mistake and can reduce the amount of your potential winnings. To avoid this mistake, go hard on raises. 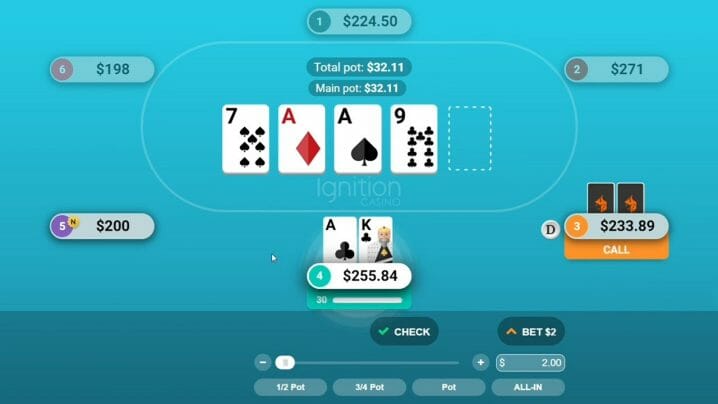 How To Play It In Late Position

Like the middle position, you get to observe your opponent play and choose the best counter tactics. One way to do this is if a player is facing an opponent who does not hesitate to raise the stacks with a worse hand, a smart move is to play against the odds and go all in maximizing the loads of instant calls you might get with TT-QQ.

In Hold’em and Omaha, the first round of which players place bets, the first community cards which are dealt, is called flop. The bets that follow those first sets of cards are called post-flops. Now, regardless of the poker you play, your pre-flop strategy will forever be golden. Although the pre-flop stage is one with the least potential of winnings, it sets the path the entire game would follow. As a result, mistakes made in the pre-flop would reflect in the post-flop stage.

A smart move in playing the post-flop depending on the type of poker which is being played is to keep playing around 20-25%. This is the range most poker professionals play in. A common mistake made by players is playing too many hands. 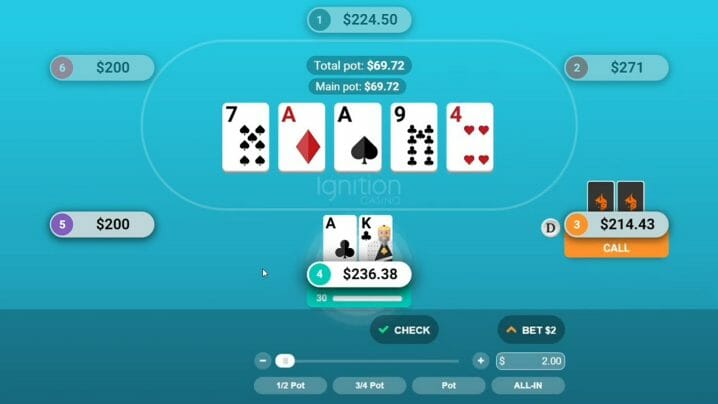 Knowing When To Apply Pressure Or Fold

Some players view folding as a sign of weakness, but ideally, this is the ability that differentiates a poor player from a professional. Fold when you are beaten or unsure of the next move. This strategy is not as simple as it sounds because when playing the game, all players are keen on winning and would take a high level of professionalism to know when to lay a good hand.

Where To Play Online Poker? – Ignition

Ignition Poker is an online platform that only allows poker players from 45 states in the US to take part in poker competitions. The states not included in the 45 are Delaware, Maryland, Nevada, New Jersey and New York. So, in any part of the US, this online poker game is available except in the above mentioned states. Also, it can be played on mobile phones and desktops and is available on both android and IOS. 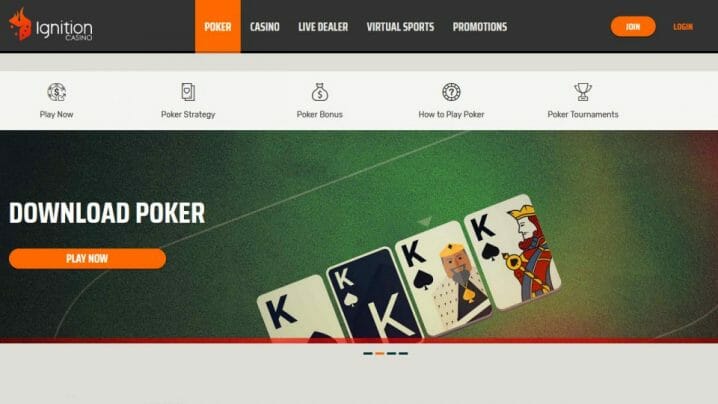 Ignition Poker, which is currently the largest online poker site in the United States, is better than other poker sites because:

1.) It is available at nearly all hours of the day. This is because it is the largest poker US site and there is rarely a lack of users. In fact, Ignition Poker accounts for 1000 – 3000 users a game is on.

2.) With Ignition Poker, there are no off seasons. There are several tournaments each day to keep its users locked. This is a feature lacking in some other poking websites. The various poker skill levels have corresponding choices of games attached to it.

3.) Ignition poker also incorporates cryptocurrencies into its operation by allowing free withdrawal of bitcoins. It accepts Bitcoin as a means of deposits and withdrawal.

If you were looking for how to play ace king suited we hope this helped you out. Poker is a game of winnings and losing, learn to embrace both seasons. But more importantly, document your progress. Next time you are dealt ace king suited remember the tips above so you can get max value each time you see this beautiful looking poker hand.

Is Staking Crypto On Binance US Safe? – Pros & Cons