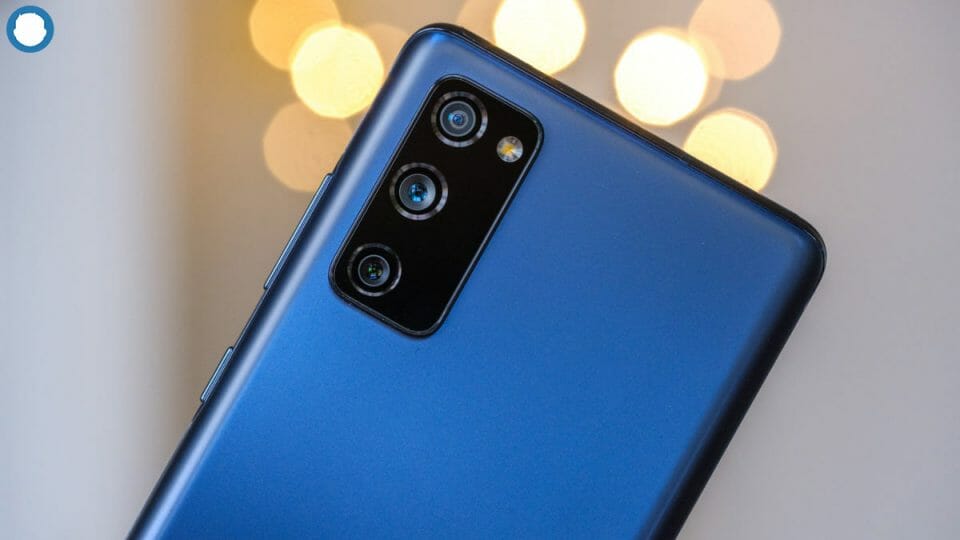 If your wondering if the Galaxy S20 Fan Edition is worth buying we’ve thoroughly tested it out. This is one nice looking phone, but does it hold up to its somewhat high price point? I’m here to tell you that Samsung is known for rolling out some of the best devices of the century. One of their latest additions is the Samsung Galaxy S20 Fan Edition, which is one of the greatest ‘lite’ phones we’ve ever seen.

The S20 FE also comes in a variety of stunning colors, from the pale colors to the brighter ones. Other things that make the device stand out is its design, sound quality, and battery, which are talked about below.

DESIGN OF THE S20 FAN EDITION

The S20 FE device is also bigger than the S20. It has a dimension of 159.8 x 74.5 x 8.4mm – that’s a lot more than the S20. The back of the phone, which is a little bit rounded, makes up for the lack of curved-edge the device doesn’t have. In its place, there’s a thin yet obvious bezel surrounding the screen. But many would argue that this very feature makes the device look cheap, which might be a problem for individuals who like their phones looking expensive.

Another design that makes the device looks cheap is the ‘Glasstic’ back it has. The back of the phone was designed to feel and look like premium glass. Unfortunately, it is still very much plastic in feel and touch. This makes customers question just why the device is costly.However, many users are thankful for the device’s ability to take in trouble. In other words, because of the device’s dustproof and submergible qualities, it is a resisting device.

You can also find the device in a wide range of colors. That’s more than you’ll get with most phones out there. In addition, there is a camera bump at the top left of the phone’s rear. This makes it easy to put the phone down on surfaces almost flat. And on the right edge, we have the volume rocker and beneath that is the power button, which is at the right height and easily accessible to any size in hands. There’s also a USB-C port, but not surprisingly, there is no 3.5mm headphone jack.

When it comes to the display size and specifications, there is a lot to talk about. First, the device’s resolution is 2400 x 1080, which when compared to the S20 phones, that number is a downgrade. The good news is, the device is armed with a 120Hz refresh rate. This means the display updates 120 times per second. That is twice as fast as the 60Hz ‘standard’ of many other smartphones, which includes the Note 20. But hey, if you’re worried about your battery life, there’s an option to drop it down to 60Hz in the phone’s settings.

You can also enable either the WQHD+ or 120Hz at the same time – however, not simultaneously. So, if you prefer the 120Hz, you have to downgrade the screen resolution to FHD+. It’s all about what’s most important to you. The S20 FE has a 6.5-inch screen. That makes it three inches bigger than the Galaxy S20. What we can agree on is, the device’s screen looks all right. Its max brightness is all right too (although it should be noted that the screen doesn’t do too well in direct sunlight).

The S20 FE is blessed with three rear cameras:

That equals to amazing photos. The main camera has a large sensor, which allows it a better connection with the light. Therefore, the color in the pictures looks bolder and brighter. The ultra-wide camera focuses in on twice the scene you’re shooting when compared to the main snapper. The shots it captures are at 0.5x zoom. The telephoto camera allows 30x digital zoom and 3x optical, which means it does pretty well closing distance without losing detail.

However, zoomed-in shots have duller colors than the ones taken with other snappers. This might be as a result of the scene optimization on zoom shots not being as effective or simply the lower-res sensor. But still, the preview option when you’re at a high zoom level, makes it worth it.

There are a bunch of camera modes to look forward to with the Samsung Galaxy S20 FE Edition:

The device’s front camera is also something to look forward to. It is a 32MP f/2.0 snapper. However, if you a regular selfie is taken, you won’t get a 32MP photo. This is because the sensor is joined with a wide-angle lens, that will give you a high-res picture only if you take a wider shot. If it’s a close-up, the picture is automatically cropped. Pretty ingenious, right? If your still wondering if the Galaxy S20 Fan Edition is worth buying its camera really is spectacular.

When it comes to video, the S20 FE has up to 4K 60fps, for both the front and back cameras, and there’s also a Pro Video option, which lets you adjust different settings. Noteworthy to mention that some of the video features, like moving autofocus and other effects, will only work if you shoot in 1080p 30fps, and that’s also the max resolution for aspect ratios other than 16:9.

The battery of the device is average at best. It lasts only for a day, and even that is if you don’t spend too much time on the phone. The battery runs out quickly because of the features of the phone such as 5G connectivity and the 120Hz display. When used together, they’re battery killers.

You can however turn on the device’s power-saving modes to save battery. The charging speed of the Samsung Galaxy S20 Fan Edition is 25W. Not the fastest but it works. There is also the 15W wireless charging and 4.5W reverse wireless charging.

The S20 FE got rated ‘Good’ for its loudness. It is armed with a stereo speaker and a bottom-firing main speaker and the earpiece serving as a second channel. When put in portrait mode, the earpiece gets the left channel, but when in landscape mode, the phone automatically switches to match the device’s orientation.The sound is clean even when put at the max volume.

PRICE OF THE S20 FAN EDITION

Even though we fully believe the Galaxy S20 Fan Edition is worth buying we also want to mention an alternative. Our top selection for the best alternative to S20 FE is the Galaxy Note 20. It has most of the modern features and it is now being sold at discounts. So, if you’re thinking about the price of the S20 FE, try out the Note 20 instead. Check out some of its other pros below:

If there’s anything we’re sure of, it is that the S20 FE answers the prayers of many Samsung lovers who wish for a phone with modern components and still cheaper than the Galaxy S20. I would say the Galaxy S20 is definitely worth buying. You can check out the latest pricing on it by clicking here.

How To Increase Battery Life On Moto G5 / Moto G5 Plus