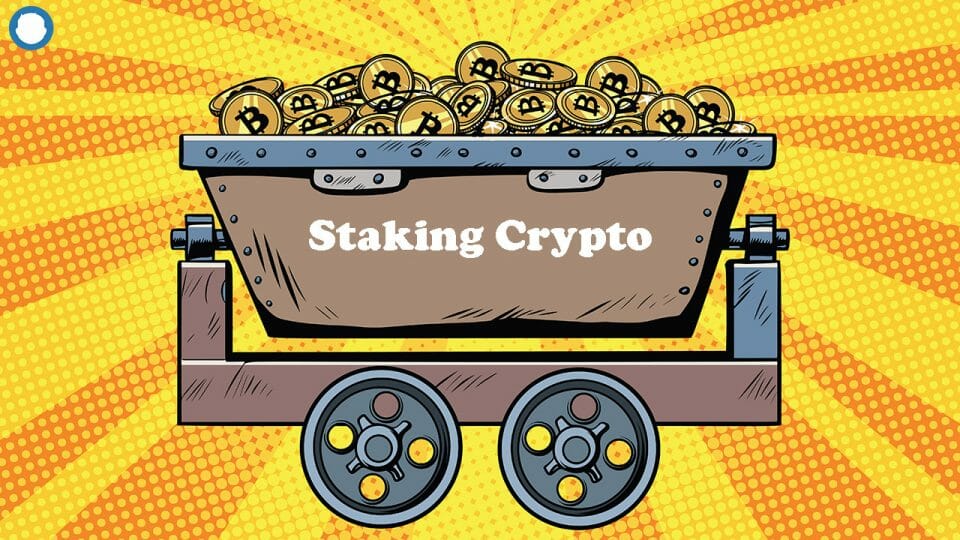 All right, so I’m going to be going over if staking crypto is profitable and how much you can expect to make. Now the key to making money with this is getting in on coins at the right price point. Otherwise you could end up losing money, so it can be a bit risky. Now I’m going to show you an example here on eToro crypto of how I’ve actually made some money doing this. I’ve actually done pretty well but can not promise the same kind results. You can watch the video directly below on how this is all done.

For those of you who are unclear about what staking is let me explain. Basically its similar to receiving a dividend payment just for holding a specific coin. The payouts are based on a percentage and usually happen once a month. Now lets be clear this isn’t a get rich quick scheme. Rather a way to make a little bit of extra cheddar passively if done correctly. 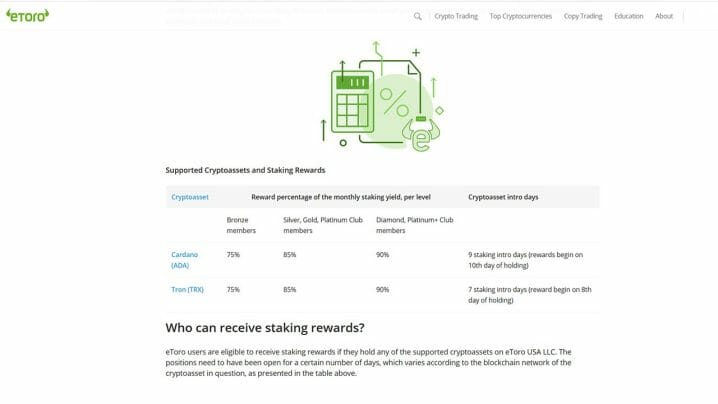 Okay now this is a big one. This is the answer to if staking crypto is profitable in 2022 and beyond. If you buy the wrong coin at the wrong time you can end up going completely negative no matter the scenario. For example lets say you buy the coin “Atom” which is a somewhat speculative coin if you ask me. If the staking payouts are 10 percent, but you buy the coin and it tanks 50 percent in a month it’s not looking good for you. I’m sure you can understand what I’m getting at.

If I was just getting into staking for the first time I would stick with anyone of the top 20 cryptos. Which is exactly why I started with staking Tron on eToro. Now, the cool thing about staking on eToro is that they’ve got two coins that are actually good ones to get in on. Cardano and Tron. In the above video you can see I’ve actually been holding onto Tron for the last six months. I originally put $750 in it and I’m actually doing really well as far as the coin appreciation, but you can see how I’ve been compensated once a month just for owning the coin and holding a certain amount of the coins. 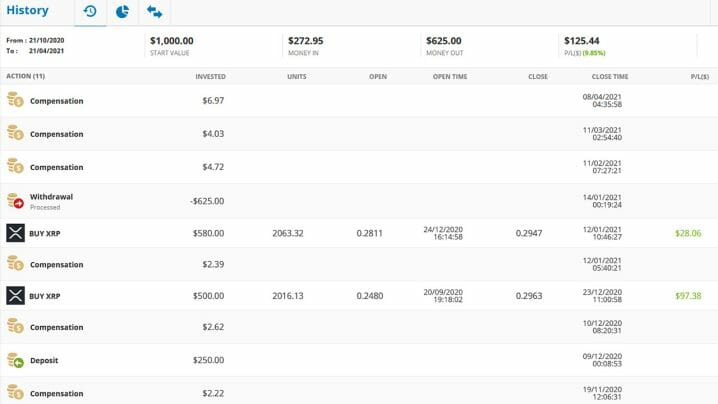 Should You Get Into Crypto Staking?

So once again is staking crypto a profitable way to make money in 2022 and beyond? Yes, but only if you get in on a coin at the right price. I will say this much. It can be fun to see the free money coming into your account once a month. Especially since this is completely passive.

If I was going to start staking, the coins I would look at would probably just be the ones here on eToro, Tron, and Cardano. Since they are both ranked in the top 20 of all altcoins currently I feel strongly that their prices will go up. If you would like to get started on eToro right now click here.

Disclaimer: eToro USA LLC; Investments are subject to market risk, including the possible loss of principal.