Is XRP Worth Buying In 2022? – The Millionaire Maker 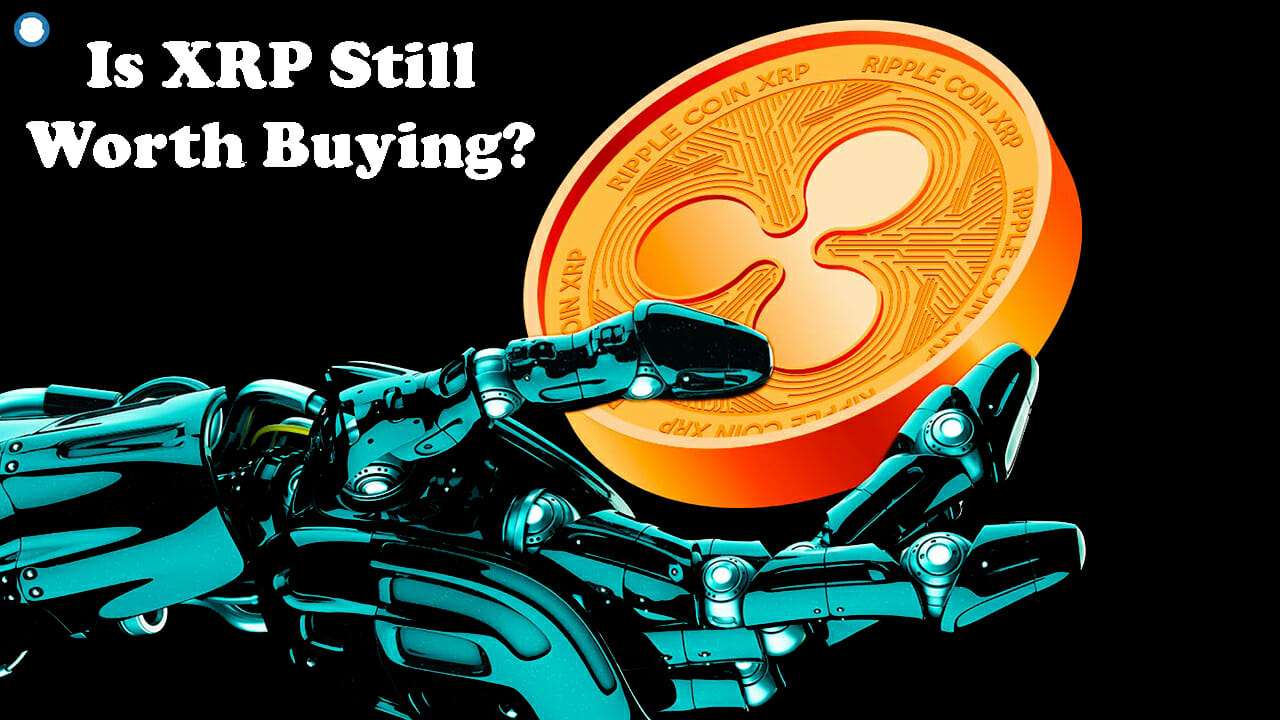 So is XRP worth buying in 2022? Well it could just be the next millionaire making cryptocurrency if you own enough of it. (not financial advice) XRP is a payment-focused digital asset. A cryptocurrency that is the original digital asset on the XRP Ledger, an open-source, permission-less, and decentralized blockchain technology that can settle transactions in as little as 3-5 seconds. Furthermore, XRP may be sent directly between two currencies without the use of an intermediary, making it a useful tool for quickly and efficiently bridging two different currencies.

XRP is the native coin of Ripple Labs’ products. Like SWIFT, an international money and security transfer service supplied by a network of banks and financial intermediaries, its solutions are utilized for payment settlement, asset exchange, and remittance systems. XRP and the XRP Ledger are used to power breakthrough solutions across the payments field. They are less expensive, fast, and more scalable than any digital asset.

Ripple concentrates on developing technology that will enable XRP to alter global payments and gain additional utility. Other XRP-related use cases are also being opted by third parties. To verify transactions, the XRP cryptocurrency employs a consensus protocol. Validators verify that proposed transactions are valid by comparing them to the most recent version of the XRP ledger. A transaction must be accepted by most validators to be verified.

XRP is already one of the largest cryptocurrencies, and it could have some great potential.

Benefits of XRP include the ability for banks to source liquidity on-demand in real-time without needing to pre-fund Nostro accounts. XRP, according to Ripple CTO Stefan Thomas, is faster and cheaper than other digital assets, costing fractions of a penny and taking roughly three seconds per transaction.

If you believe Ripple’s growth will continue, a small investment in XRP may be worthwhile. It’s not as safe as stock investing, but if Ripple succeeds, you may make a lot of money.

The XRP ledger’s native asset is XRP, created in 2011 by three engineers: David Schwartz, Jed McCaleb, and Arthur Britto. David Schwartz was the Chief Technical Officer of WebMaster Incorporated, a Santa Clara software developer, prior to joining Ripple. Jed McCaleb is a programmer, entrepreneur, and philanthropist from the United States. Prior to joining Ripple, Arthur Britto was the CEO of Information Access Technologies Inc., one of the original Internet service providers. 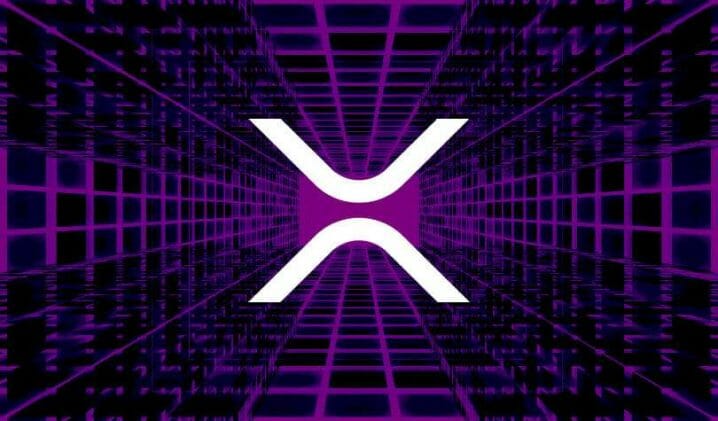 Fascinated by Bitcoin, they set out to construct a better version that addressed its flaws, intending to produce a more sustainable digital asset designed exclusively for payments. The protocol was officially launched in June of 2012. The team quickly organized a new company called Open Coin, led by Chris Larsen, CEO. The company changed its name to Ripple Labs the following year before shortening it to Ripple for marketing purposes in 2015.

Around 100 banks had signed up to utilize Ripple by 2018, albeit most were using the messaging features of the infrastructure rather than the XRP coin itself. Ripple also filed a class-action lawsuit in 2018 over its unregistered XRP token sales, which led to millions of dollars of profits for the company. The Securities and Exchange Commission (SEC) classed XRP as a security, not a commodity. In 2020, as part of its legal proceedings against Ripple, it alleged that Ripple’s leadership permitted the selling of unregistered securities.

Despite the US prosecuting Ripple for earning over a billion dollars by selling XRP on potentially unregistered securities offerings, the value of XRP increased in April 2021.

If we look at the XRP price history till January 2022, XRP – prices rose in 2021, but not to the levels seen in late 2017, distinguishing this digital coin from other cryptocurrencies. Ethereum’s expense, for example, has continued to rise to new all-time highs, a record that XRP has yet to achieve.

Top 5 Reasons to Own XRP

Fast Payments on the XRP Ledger settle in under four seconds. Quick transactions save valuable time for the clients. Compared to Bitcoin, XRP is created via a more straightforward mining mechanism. On the Ripple network, XRP allows users ranging from central banks to financial businesses to convert between multiple currencies quickly.

XRP can handle 1,500 transactions per second 24 hours a day, seven days a week, and can scale to accommodate the same throughput as Visa.

Without the energy expenses associated with proof of work, the XRP Ledger settles XRP transactions immediately in an eco-friendly way.

4. Distributed Around the Globe

Globally, a decentralized network of 150+ validators run the show. In addition, RippleNet has made an impact with the help of the XRP coin, with over 300 financial institutions from at least 45 countries signing up to use the platform.

XRP is ready for institutional and enterprise use because of its seven-year track record of solid technology and governance.

When it first started, XRP was trading at around $0.005, and prices stayed relatively stable until 2017 when the entire crypto market experienced an incredible rise. XRP was sitting at $1.15 in late August 2021, having grown by roughly 380 percent year to date. With a market capitalization of $53.3 billion, XRP is the 6th largest digital asset. The coin sees daily trade volumes of more than $5 billion regularly.

The most probable price of XRP in January 2024 is estimated to be over $3. The crypto asset might reach an average of $2.8 before the end of the year. Regarding Ripple price predictions for 2025, the currency is expected to rise in value starting in January 2025, hitting a high of $3.5.

Where to Buy XRP? – Uphold 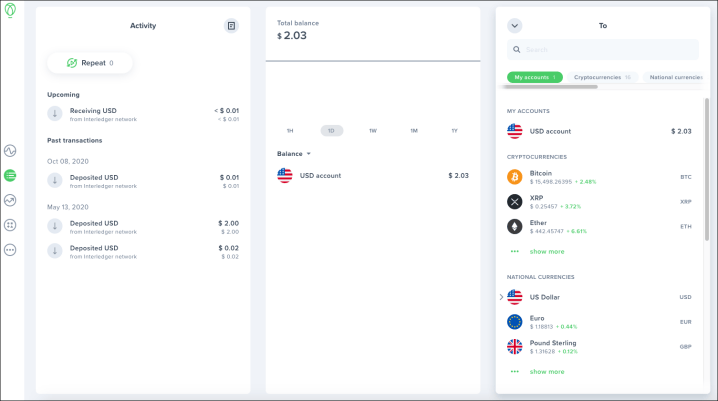 Even if you don’t have an account yet, you can buy digital currencies with Uphold in just 11 clicks. Nothing could be more straightforward. Visit Uphold.com and create an account, fill up your email address and other personal information, create a password using the link they email you. Then it’s off to the races! Begin trading

There are many benefits of choosing Uphold when it comes to buying XRP as it gives a lot of facilities to its clients. Some of which include:

Investing in cryptocurrencies is highly speculative and dangerous. In general, cryptocurrencies are volatile, but XRP is even more difficult. However, if you believe Ripple’s growth will continue, a small investment in XRP may be worthwhile. It’s not as safe as stock investing, but if Ripple succeeds, you may make a lot of money.