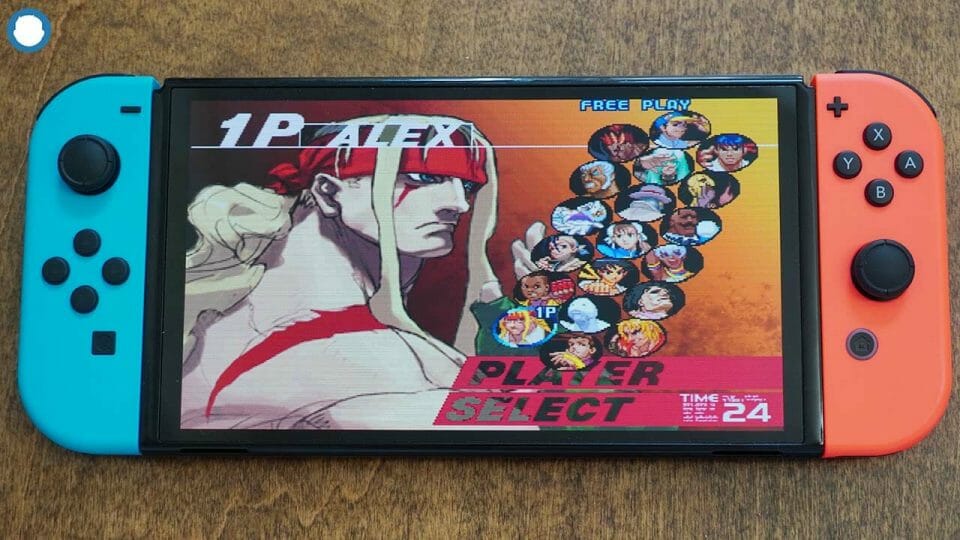 The long-awaited Nintendo Switch OLED has arrived, but is the upgrade worth the $349 price tag? We let you know how the OLED compares to the original model and explore its new features so you can decide for yourself! The Nintendo Switch proved to be a welcome addition to the Nintendo family when it debuted in March 2017, a versatile system which was great for console gamers as well as those who preferred hand-held systems.

With the ability to use your system on your television using the included charging dock, then remove the system and continue your gameplay anywhere you wanted, it proved a hit among gamers, especially due to powerful launch titles (most notably The Legend of Zelda: Breath of the Wild).

Featuring a price point of $299, the Nintendo Switch was more affordable than its console competition, even though the system specs were not as flashy as Playstation or Xbox’s next generation consoles. An even less expensive model was released later (at $199) called the Nintendo Lite which stripped the system down to only its handheld features in exchange for affordability. Then, in October 2021, Nintendo produced another model, the Nintendo Switch OLED, which provided both an upgraded experience and price tag, retailing at $349.

Going From Original Switch To OLED

One of the largest selling features for the new version of the Switch is right there in its name: the OLED screen. While the screen itself is also larger than the original release (7” versus 6.2”), the OLED screen is responsible for the sharper image and vivid colors.

This is because in traditional LED screens, the pixels are lit with a secondary light source, which may lie behind them or even off to the side. With OLED, the pixels themselves light up, which increases brightness, but also allows individual pixels to completely shut off.

That means that your dark pixels can achieve true black, providing a great contrast with colors while also boosting the visual atmosphere during night or spooky scenes. Another advantage of the OLED screen is that you won’t have to avoid direct sunlight with the system anymore, when playing on the go. Before, you might find yourself seeking dark corners so you could comfortably view the screen without a glare, but the new Switch OLED eliminates this annoyance, which can prove a great convenience.

Finally, there’s a nifty feature which you can toggle on, or off which is called Console Screen Colors, although it is a mixed bag. It boosts brightness and color saturation, which can really make games which rely on light colors look astonishing. However, there is a great risk of oversaturation which explains why the option is not set as default, as it can be distracting and difficult on the eyes in certain scenes even within a game which is usually served well by the feature. 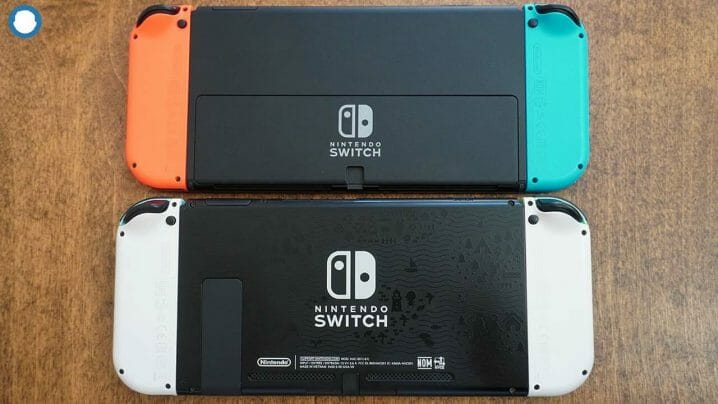 Reasons to Use Nintendo Switch OLED

If you enjoy your on-the-go gaming and like to take the Switch out of its dock, the major upgrades in the OLED Switch are nearly all geared toward the mobile device. The larger screen and improved visuals make it a far better experience when playing as a hand-held device, and you will find yourself enjoying the experience considerably more.

Also, the “kickstand” is a significant improvement, making the system far more stable when table-top gaming. Rather than the thin inch thick support provided with the original, this back support spans nearly the length of the console, which provides greater peace of mind as an errant bump is far less likely to knock your Switch off its “feet”. The device holds twice as much internal storage and has improved audio as well, perfecting the mobile gaming experience.

Side by side, the models are nearly identical. Obviously, the extended screen provides the greatest difference when viewing the system outside of the dock, but otherwise features a similar design. The new Snow-White dock color provides a sleeker, next-gen look, but other than extending an extra inch and featuring .18 of an inch less depth, it also resembles the standard Nintendo Switch dock. 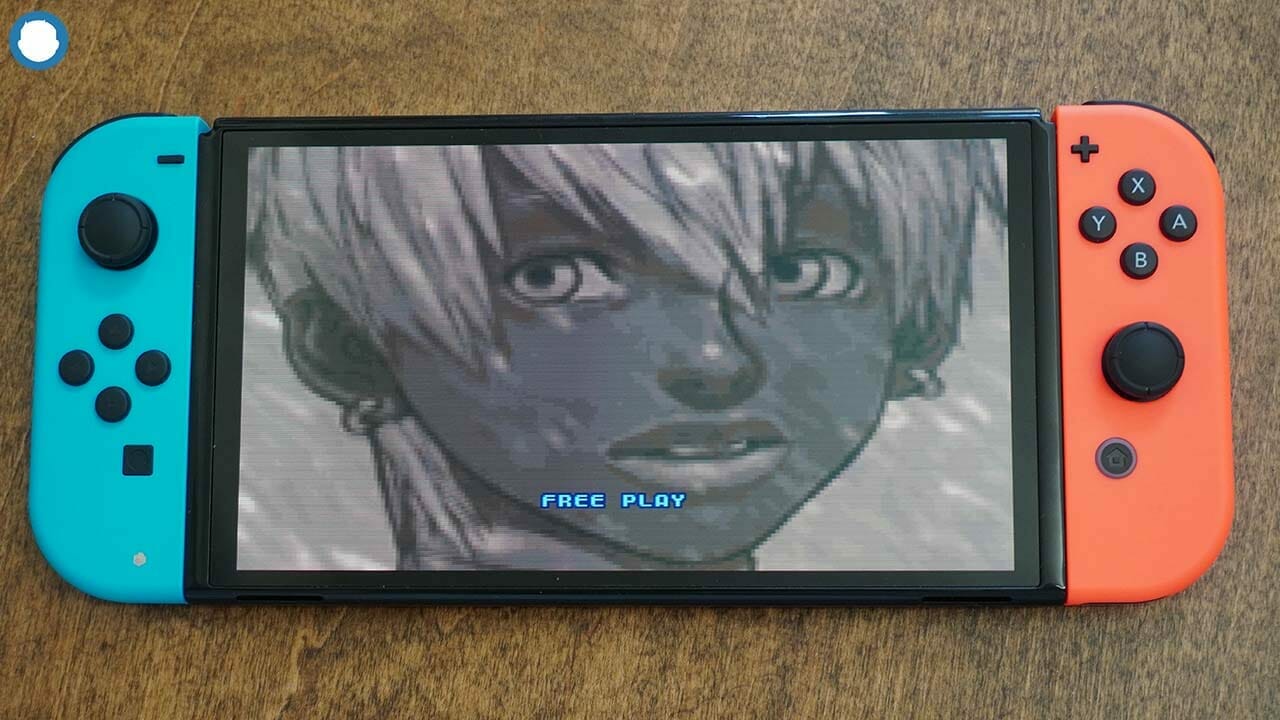 As well as the traditional black dock with red and blue joycons, there are other models available to provide a decent slate of choices for color models. The Snow-White version features a beautiful white dock with corresponding joycons, which provide a lovely contrast with the black/gray double joy con controller.

Other color options are available specifically through the joy con palettes, with controllers that often come with a pair of different colors although from time to time you can find a pair that share a single option. Joy Con pairs consist of Neon Purple/Neon Orange, Neon Pink/Neon Green, and a rather humdrum gray pair.

With larger speakers, the system boasts an improved sound with better clarity, although this is not perhaps as noticeable as you might expect, typically only obvious when making a direct comparison to the original. Nonetheless, it does provide a better quality option.

The system retails at a $349 price point, making it the most expensive edition of the console. The original is priced at $299 while the handheld only Lite model is $199.

Here is a comparison on the technical specifications between the new OLED model and the original Switch:

a minor boost to the Switch’s battery life

The docks are nearly identical, which the OLED model featuring a few minor differences:

The Nintendo Switch OLED model is the better version. If you are looking for, you’re the best Switch console, this is the model which will provide the optimal experience. The screen is bright and vibrant with incredible contrasts, and the extra screen size makes it easier to see the screen and read text. The kickstand is a huge improvement over the previous model, providing considerably more stability so that situations where you bump the table and knock it flat are significantly reduced.

The problem is that while the upgrades are nice, they’re simply not worth the additional cost for upgrading if you already own a Switch. Nearly all the improvements to the model are for the hand-held version of the Switch and the internal specs are basically the same. This model is still not as powerful as its next-gen competitors, either so that can be an important consideration when deciding if the OLED Switch is for you.

The 64-gig internal storage is nice and while it improves the experience for those who enjoy digital games, it’s not that significant of an upgrade considering the size of most AAA games nowadays, and they each have a port which allows external storage options.

In short, if it’s your first Switch, this is the model for you. If you already have one, you’re better off sitting this one out unless you have a lot of extra money burning a hole in your pocket as the payout is steep compared to the limited upgrades provided by the model.

NordVPN for Iphone X/8/8 Plus/7 Review