Samsung Galaxy Tab A8 Review – Is It Worth Buying? 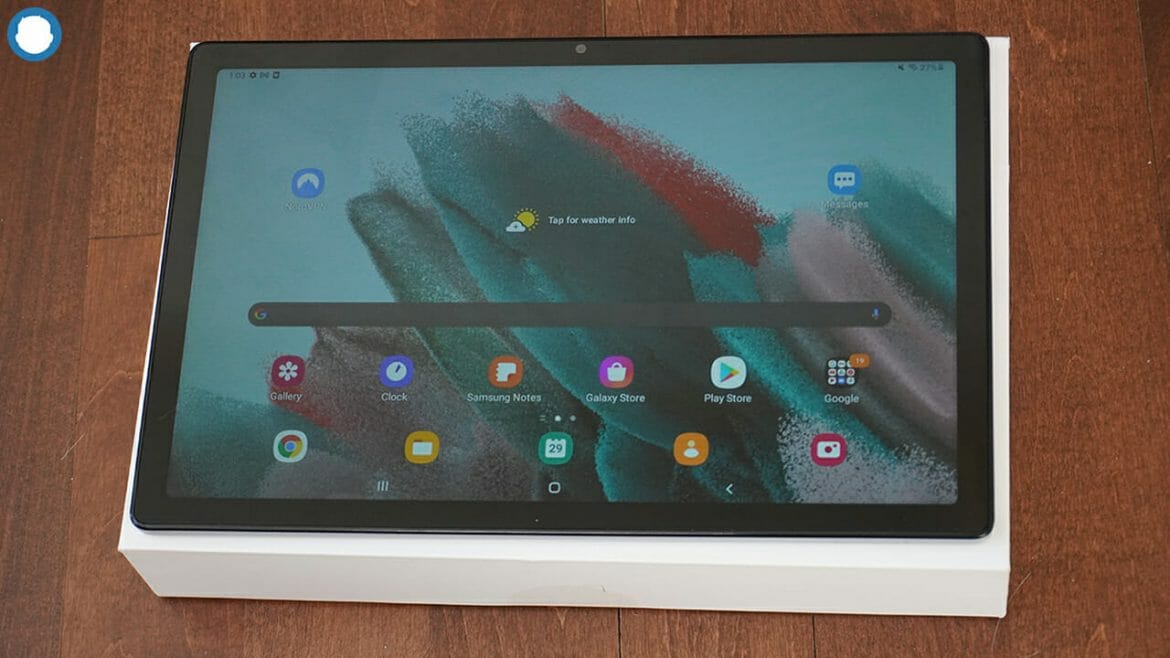 Samsung has unveiled the new Galaxy Tab A8 recently. This tablet is a budget-friendly device from the tech giant. It is also a massive upgrade compared to its predecessor, the A7.

The device comes with almost every feature that any average user desires. Whether you want the perfect screen size, battery power, and UI design, the Samsung Galaxy Tab A8 has it all.

Reasons To Use Samsung Galaxy Tab A8

There are more than enough reasons to use the Galaxy Tab A8. Let’s examine some of them.

Its Simplicity Is Astonishing

Have you been brainstorming on the perfect device to get for your 4-year-old kid or your aging parents? Don’t think too far. This Samsung tablet is the best option for tech-savvy people. It is easy enough for children to operate and eye-friendly for aged people. You can navigate through the apps easily.

You can switch between apps quickly and easily. The Samsung Galaxy Tab A8 is good for you if you love to multitask.

If you love to play games and watch HD movies, consider getting the Samsung Galaxy Tab A8. The audio quality will give you the experience of a virtual world.

For first-timers, the Galaxy Tab A8 can provide you two months of ad-free YouTube premium for you to enjoy. You can also gain access to Samsung TV Plus and other free channels.

Good for Everyday Use

It might be impractical and inefficient to carry a laptop into a meeting. The Samsung Galaxy Tab A8 will be a perfect option for such an event. If you are a business-oriented person who travels a lot, you will be giving a lot of presentations, meeting clients, and trying to answer a lot of emails.

The A8 tablet will be great for such. If you are a student, you can also benefit from the swift ability to take notes with the Samsung A8 tablet.

Don’t expect anything too flashy about the design of the Samsung Galaxy Tab A8. It uses the same template as many of the popular budget tablets, including its predecessor, the A7. The power button and volume keys are on the right side of the device. It has a USB-C port at its bottom for charging. 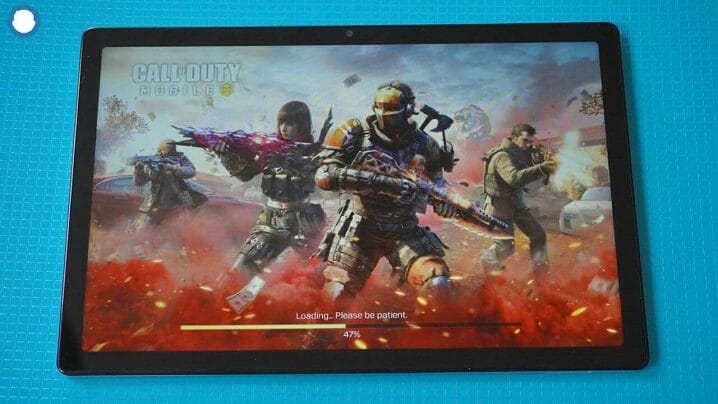 The device is lightweight, as it measures only 509g. You can put it inside almost any bag. Despite the smart tablet’s size, you can hold it with one hand with some effort. This way, it is possible to read an e-book for hours without getting exhausted.

As for the camera setup, the Galaxy Tab A8 has a circular camera on the rear end, coupled with an 8MP centralized front camera preferred for landscape mode. This setup makes it easy for you to film in 1080p. Unfortunately, the cameras aren’t up to professional standards. Nevertheless, they are not bad for a budget tablet.

The Samsung Galaxy A8 Tab comes in three colors which include gray, silver, and pink gold.

The sound system of the Galaxy Tab A8 is terrific. Its quad-speaker array, as well as the Dolby Atmos, is very loud. However, the tone can become a bit harsh when you raise the speaker’s volume to the highest level. But bear in mind that the audio signal will not lose its quality and clarity.

One new feature of the Samsung Galaxy Tab A8 is the screen recorder. The screen recorder helps you to capture your screen while playing a game, reading a book, or making a call. You make tutorial videos, record demonstrations, and make annotations.

There are some other cool attributes present on the Samsung A8 Tab that can define your user experience. The device has a security platform called Knox which secures your private information.

Also, you have powerful facial recognition software to prevent illegal entry to your tablet. It is fast and super responsive, irrespective of the physical orientation on the tablet. This feature should be enough, even though the Galaxy Tab A8 has no fingerprint scanner. 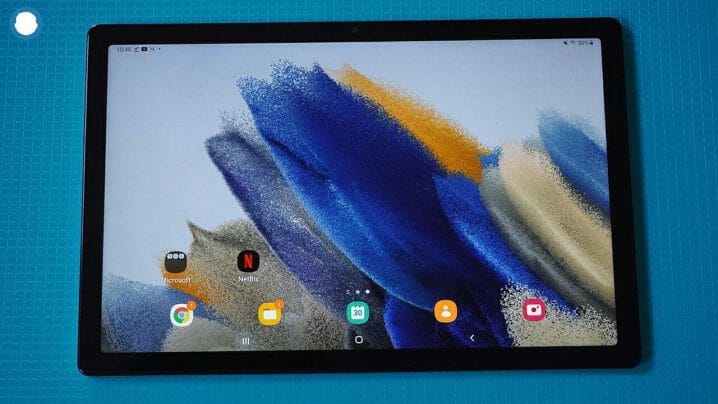 Compared to other Android tablets, the Samsung Galaxy Tab A8 has a low starting price. You can get it for US$230 – US$260.

The processing power of the Samsung Galaxy Tab A8 comes from an exceptional 2GHz processor (Unisoc Tiger T618 chipset). This octa-core processor has a clock speed of 1.4GHz.

This speed is sufficient enough to help you play high-end games without any fear of crashes. The GPU for the Tab A8 has been enhanced to provide seamless performance without any cracking or lagging.

This budget-friendly device comes with Android 11 running over OneUI. It gives you the ability to run two apps at the same time. For example, you can type notes and watch lecture videos simultaneously.

While surfing through the web, you can multitask in several amazing ways. It is also likely that Samsung might be giving periodic software updates.

This Samsung tablet has a decent RAM of 3GB. You should be able to open a decent number of apps without experiencing crashes. Also, you can get a 4GB model as well.

The base model for the Samsung Galaxy Tab A8(3GB RAM) has an internal storage space of 32GB. Higher-end prototypes have 64GB and 128GB storage.

The new A8 has a 7040mAh Lipo battery which can give you more than 8 hours of use. You can stream videos, play games, and video call for hours. It also comes with a 7.5W charger. If you want fast charging, you need to purchase the 15W variant.

The Galaxy Tab A8 comes with Bluetooth 5, Wi-Fi 5, Wi-Fi Direct, and an optional LTE feature. The availability of the LTE option depends on the market and carrier in your region. The tablet also comes with state-of-the-art sensors like the hall sensor, gyroscope, accelerometer, and compass.

The Samsung Galaxy A8 tab might not have the potential to compete with flagship devices like the Apple iPad. Nevertheless, it has proven to be one of the best Android tablets in the market. Also, you can rest assured that the Galaxy Tab A8 can guarantee solid battery performance and software stability.

Moreover, remote working is becoming the norm in recent times. The Samsung Galaxy tab A8 might prove to be the powerful workstation that you desire. If you plan to get it, go for it! It is budget-friendly!

Best VPN for DraftKings In 2022 – 3 Options To Consider