Samsung Galaxy Z Flip 4 Review – Is It Worth It? 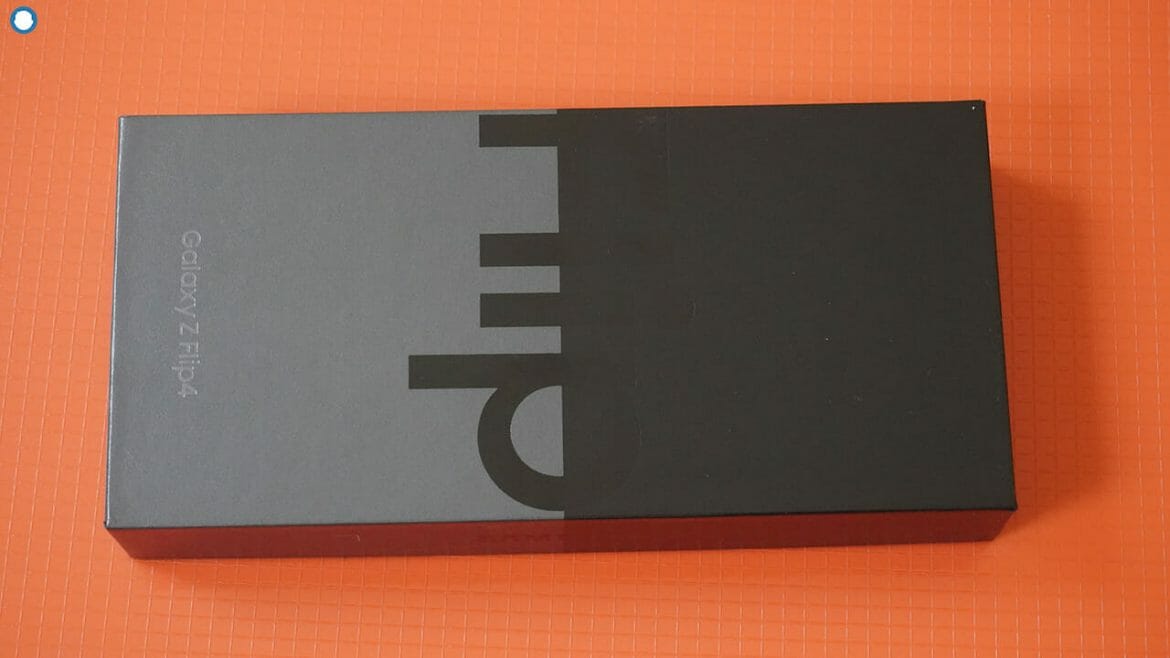 Top quality, sturdy, and compact – The Samsung Galaxy Z Flip 4 packs a hefty punch among the latest generation of mobile phones. Therefore, it wasn’t surprising to feel the excitement in the air when the phone was unleashed to the world at the Samsung Galaxy Unpacked event held on August 10th, 2022.

The Z Flip 4 is everything that the Z Flip 3 isn’t, which gives anyone more than enough reasons to own it. Let’s explore its design, display, color options, and other qualities of the phone.

Reasons To Use Z Flip 4

The new foldable flagship gives users many options and reasons to be proud owners. Here’s why you should have the Z Flip 4 in your pocket: 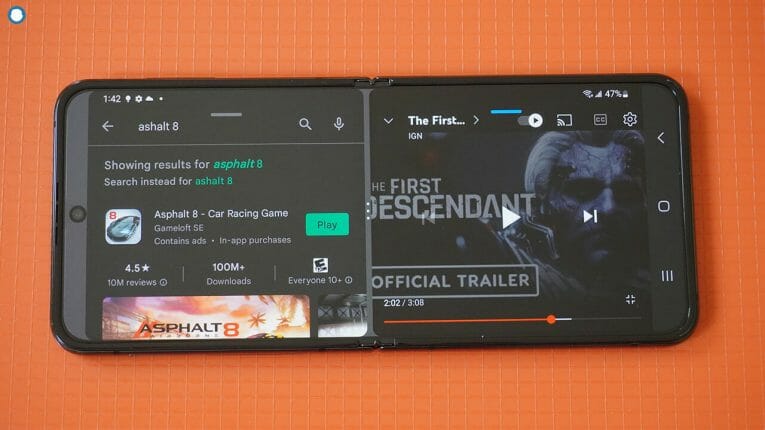 Not much has changed with Samsung’s screen display. The Z Flip 4 is a 6.7-inch AMOLED panel with a variable 120Hz refresh rate that can scale down to 1Hz for increased battery life on a 22:9 aspect ratio. It has a peak brightness of up to 1,200 nits.

Meanwhile, the outer screen has grown a bit from 1.83 inches to 1.9 inches, has a 260 x 512 resolution, and a 60Hz refresh rate too. But there’s more to the outer screen. It can now display gifs, custom images, and even videos. You will find a speed dial option for three contacts as well as some smart controls, new widgets, and connectivity settings.

Also, a redesigned hinge makes the screen crease shallower and less noticeable especially when viewed head-on. The main screen is protected by the new UTG (ultra-thin glass) 2.0, which Samsung claims is 20% stronger than the older design. The 1080p resolution of the screen is crisp and clear and can be compared to other high-end phones such as the S22’s 1440p resolution. Also, split-screen multitasking and ultra-widescreen displays for gaming and videos are additional perks to the Z Flip 4’s display. Although the device may be a bit difficult to use one-handed.

Color availability varies depending on the country, region, or carrier. However, the four basic colors for the Flip 4 are bora purple, graphite, pink gold, and blue. Bespoke editions provide more customizable color options such as:

A 32-bit/384kHz audio quality with stereo speakers produces the best sounds on the Flip 4. Also, playing music from the cover display is super convenient. The speakers are loud enough to provide users with ample background tracks, thanks to the Dolby Atmos technology. Early testers have noticed a slight difference in the sound quality when the flip is opened versus when it is closed.

The audio might seem a little canned when the Flip is closed. Audio playback is supported in multiple formats and there is the option of dual audio connectivity with Bluetooth, where the Flip 4 can play audio through two different devices. A very much improved audio quality is also one of the phone’s strengths, thanks to its High Acoustic Overload Point Mic, which minimizes distortion even in noisy environments. 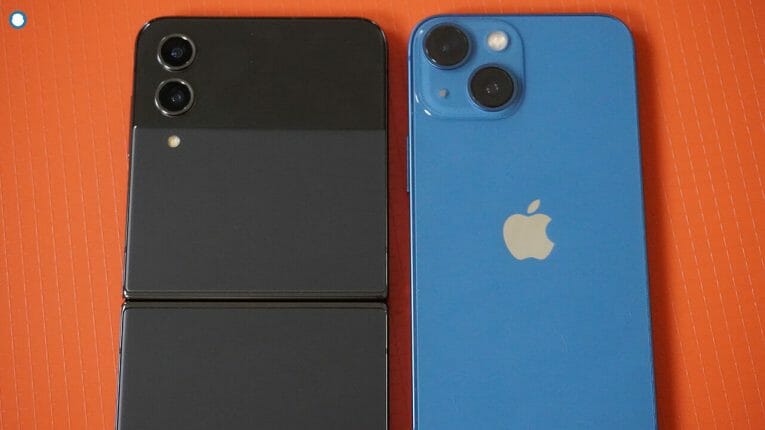 The overall software of the Flip 4 is excellent. It runs on top of Android 12L and with Samsung’s One UI 4.1.1 skin on top. Of course, you can expect four years of major updates as well as five years of security patches to the Z Flip 4.

The Snapdragon 8+ Gen 1’s raw performance and efficiency makes the Galaxy Z Flip 4’s efficiency one of the fastest smartphones in the world. You can expect no lags from the 8 GB ram smartphone.

Although not a radical change from the Flip 3, the Flip 4’s edges are a bit more squared off giving a slimmer look. Perhaps, the most noticeable design change is the hinge which has become more compact and tough enough to accommodate over 200,000 folds. This makes it less visible when you open the phone and it also reduces the feel of the crease in the display.

Did we also mention that the Flip 4 is the best water-resistant foldable smartphone by a distance? It can chill out in 1.5 meters of water for up to 30 minutes without any problems thanks to its IPX8 water-resistance quality.

The camera might seem unchanged at first but considering the enhanced image processing of the Flip 4’s chipset and a new, brighter, and larger sensor on the main camera, there are improved details and dynamic range. The 1.8μm pixel is a significant upgrade from last year’s 1.4μm.

Although you can take selfies with the phone closed, you would have to tap and swipe to switch between camera modes across the small display, which might be a little too clunky for some people. Also, there is no optical zoom for the cameras.

One of the biggest flaws of the Z Flip 3 was its 3,300mAh battery. Although the Flip 4’s battery is only 400mAh bigger, it gets extra power efficiency from its chipset which guarantees a few extra hours of battery life. Not massive, but decent. Also, the phone’s 25W wired charging delivers 50 percent battery from flat in about 30 minutes, which is quite laudable.

The flex mode is both useful and fun. The hinge design of the phone allows you to flip the upper part at various angles which may come in handy. The Flex Mode could work as a tripod to capture quick videos and images.

There are three versions with different storage options for the Samsung Z Flip 4 in addition to the Bespoke Edition. There’s about a $50 to $100 difference between versions as seen below:

Remember that these prices are often subject to the current inflation levels across the United States and Europe. The Bespoke editions allow users to customize the colors at the front and back panels as well as the frame of the phone for an additional $80. However, the Bespoke option is only available for the 256GB model.

The Samsung Galaxy Z Flip 4 is currently the best candy bar smartphone in the world. A small footprint when closed makes the device quite easily the future of smartphone design considering the need to declutter desks, pockets, and bags. The improved battery life, hands-free application, and durability make the phone much more practical than its predecessors. It is safe to say that the Flip 4 is the first Samsung foldable phone that is ready for the mainstream.

Like every other phone, there are a few concerns. Its average low-light camera performance means that it still lags behind some similarly priced phones and even a 3,700mAh battery can barely make it past one day. However, its minor shortcomings may be forgivable seeing that the smartphone is the closest thing to a step in the right direction for foldable phones. The Flip 4 may not offer the best value for its $1,000 base model price but has its weight in gold for nostalgic millennials looking to get genuine utility from the device. You can check the latest pricing on the Galaxy Z Flip 4 here.