Should You Run It Twice In Poker Online? – Yes You Should 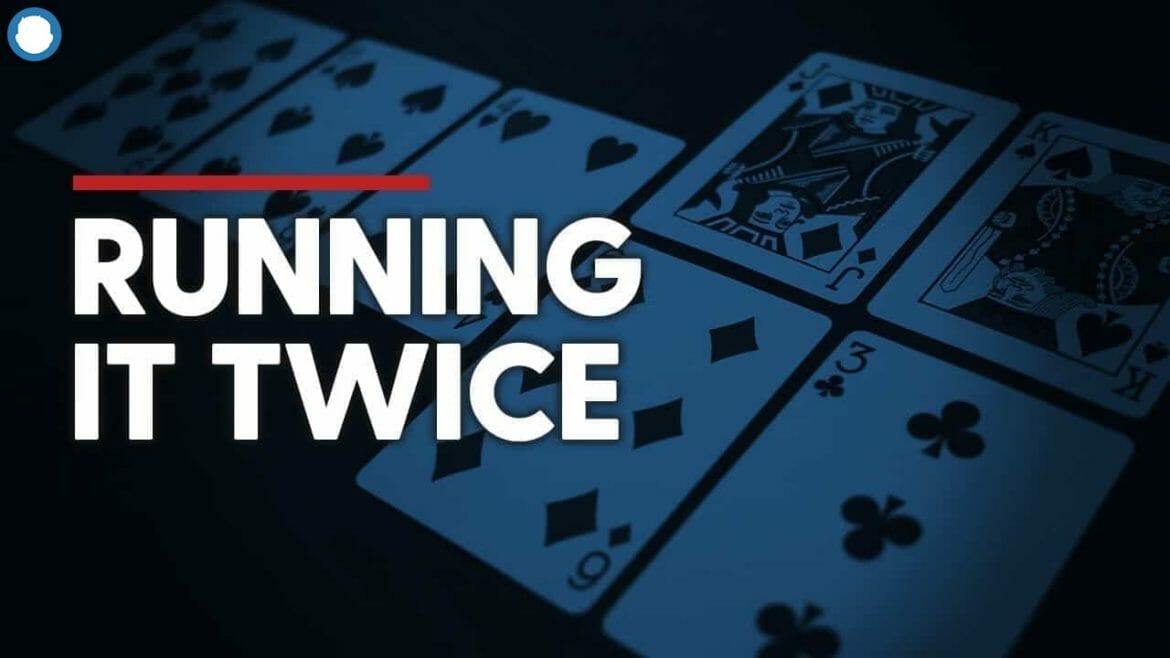 If you are a fan of playing online poker, then you must be aware of quite a lot of strategies and methods that people use to gain the upper hand, such as playing fewer hands, the semi-bluff, defending the big blind, building the pot, and especially running it twice. In this article, we will focus on the “Run it twice” strategy and talk about what it is, and whether it is beneficial or not.

What is Run It Twice?

Run It Twice is a method used in online poker. This method is applied when two players have completed betting on their hand, but the final cards haven’t been dealt yet. When both players agree to ‘run it twice’, the remaining board is dealt twice. The pot is also split into two, with both halves going to whoever wins the first and second board respectively.

Benefits to Running It Twice

One of the biggest benefits of running it twice is that it gives you more than one chance to win the entire pot. Moreover, even if you don’t win the entire pot, you can still win one of the two boards and end up with half the winnings, which means that you have a greater chance of winning when you run it twice.

Here are some of the other benefits that you can enjoy by running it twice.

By running it twice, you can actually reduce the variance, which refers to your overall chances of winning the game. For instance, if you only run it once, you can either win the pot or lose it, and this is a 50/50 chance. However, when you run it twice, you can either win both board, win the first one and lose the second, lose the first one and win the second, or win both of them. Therefore, your overall variance is reduced.

Apart from reducing the variance of your online poker game, running it twice also ensures that you have a higher chance of winning. Plus, it gives you the confidence to go all-in much earlier or with lower equity, because you know you can still win when they run it twice. Even if you have a weaker hand, if you know the other players would agree to running it twice, then you can go all-in, since you will have better odds of winning.

Cons to Running It Twice

Now that we have discussed the pros of running it twice, let’s also have a look at the downsides of this method.

Difficult To Get Everyone To Agree

One of the biggest problems with running it twice is that everyone in the room should agree to it, which isn’t often the case. If you are playing opponents who are more skilled or experienced at the game, or have a very good hand that will land them the victory, they would certainly refuse to run it twice, because they would be aware that they can take the upper hand on their weaker opponents by taking their chips before anyone else. In such a situation, you may be stranded, since you may already have gone all-in with a weaker hand.

It Gives Away Your Position

If you are gearing towards running it twice because of a weaker hand or as a way to reduce variance, then you may end up giving away your strategy and position to your opponents. If there are any stronger opponents who are smarter than you, they may allow you to go all-in, knowing you have nothing else to fall back on. They may also run it once to apply more pressure on the weaker, forcing them to leave the game. 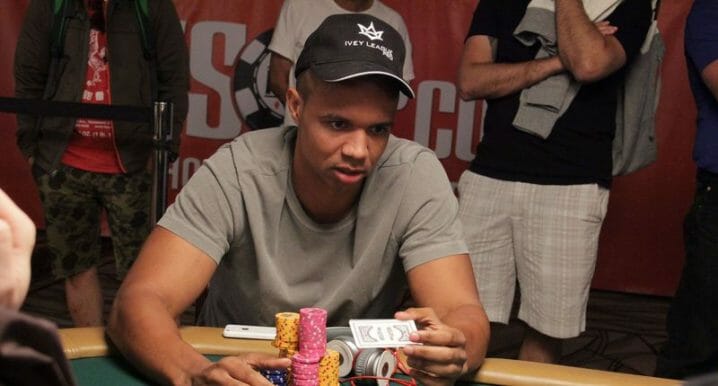 Strategy for Running It Twice

Most of the online poker sites allow you to turn on the Run It Twice setting, so that it is always played, provided that the poker room allows it and your opponents also have it enabled. Moreover, to play the Run It Twice, you need to be in a game where the stakes are at least $5-10 NL or higher, otherwise the game keeps dragging on.

To execute this strategy, you will need to have a no limit or pot limit game going on, and the river card shouldn’t have been dealt yet. You can stop the dealer from dealing any more cards and communicate with the other players to make them agree to run it twice. Once this is agreed upon and the dealer is notified, they will deal the remaining cards to the board, burning a card after dealing each card.

The dealer will slide these cards upwards on the board. Next, they will deal another set of finishing cards, which may include just the river or both the river and turn. Just like before, one card will be burned for each card dealt.

If you have the best hand compared to both sets of cards that were dealt, then you win the entire pot. However, if your hand is better than one set of cards, whereas the opponent’s hand is better than the second one, then the pot gets divided into two.

You can choose to run it twice when you are certain that your opponents may have a better hand, or if your other strategies, especially the semi-bluff, has been caught by one of the opponents. For instance, after the flop, if you get a straight flush and the other player has a top pair, running it twice may work in your favor.

There are quite a few poker sites that allow the Run It Twice method to be used, provided that all the requirements are met and all players are in agreement. Some of the top poker sites in the world, such as GGPoker, 888Poker, PokerStars, and many others allow the strategy to be played.

Most importantly, you can also play the run it twice strategy on America’s Cardroom, which is the United States’ largest and most popular chatroom. You can set up a free account within minutes and play with real people from all around the world, allowing you to enjoy the thrill of your favorite game. 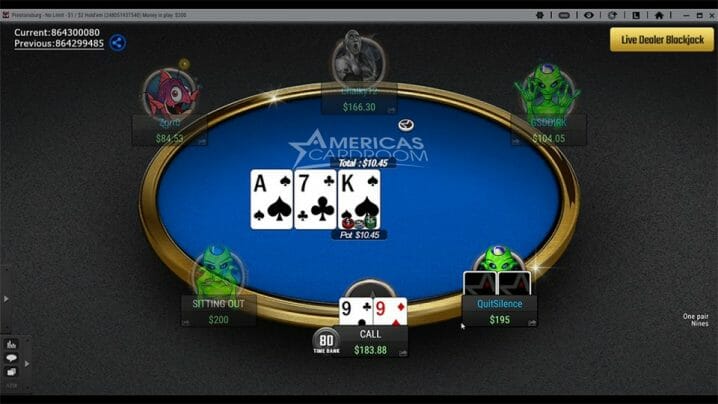 Benefits of Playing on America’s Cardroom

America’s Cardroom is one of the largest online poker sites that you can find, and it brings an exciting poker experience that simulates the real-life thrill of playing in a casino. Plus, it also offers a wide range of benefits. The site has a ranking system where you can earn Rank Points by playing and winning games. The rankings are similar to those followed in the military.

You can start off as a Lieutenant and progress as you win poker games on America’s Cardroom. With each promotion, your exclusive benefits and privileges keep increasing too. Moreover, the site is highly secure and keeps your data safe, so you don’t have to worry about anything. Plus, you can easily receive your winnings through regular payouts every month. 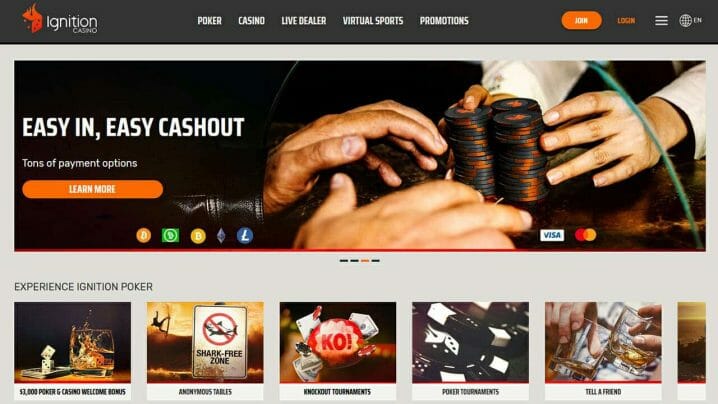 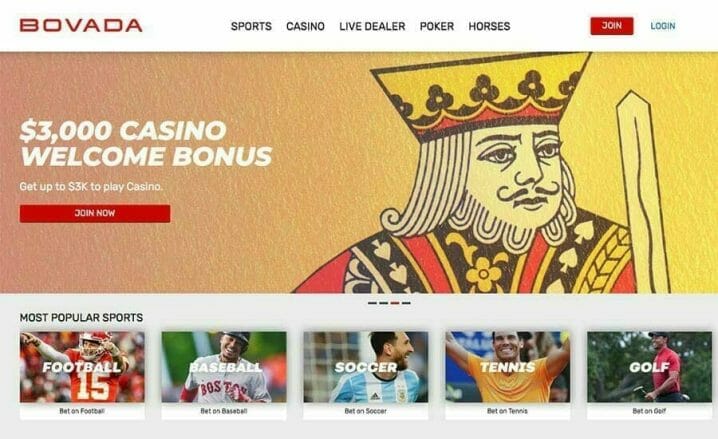 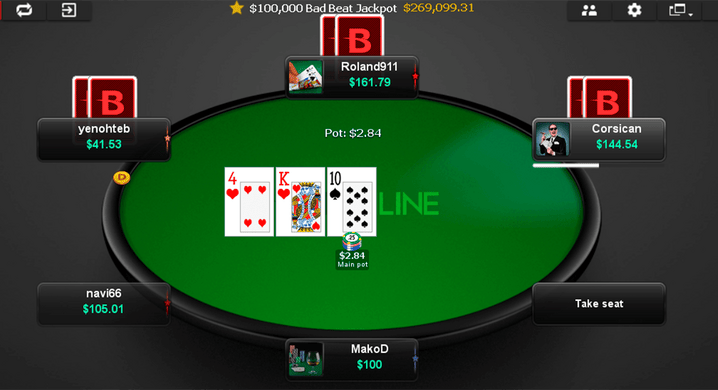 Running it twice is an effective strategy that can help you turn a losing game on its head, and it also helps you protect your chips and avoid losing all of them in one go. When you are playing on a user-friendly and intuitive platform like America’s Cardroom, you have nothing to worry about.

Americas Cardroom vs Ignition Poker – Which Is Better?

Ignition Poker In Florida – Can You Play Here?