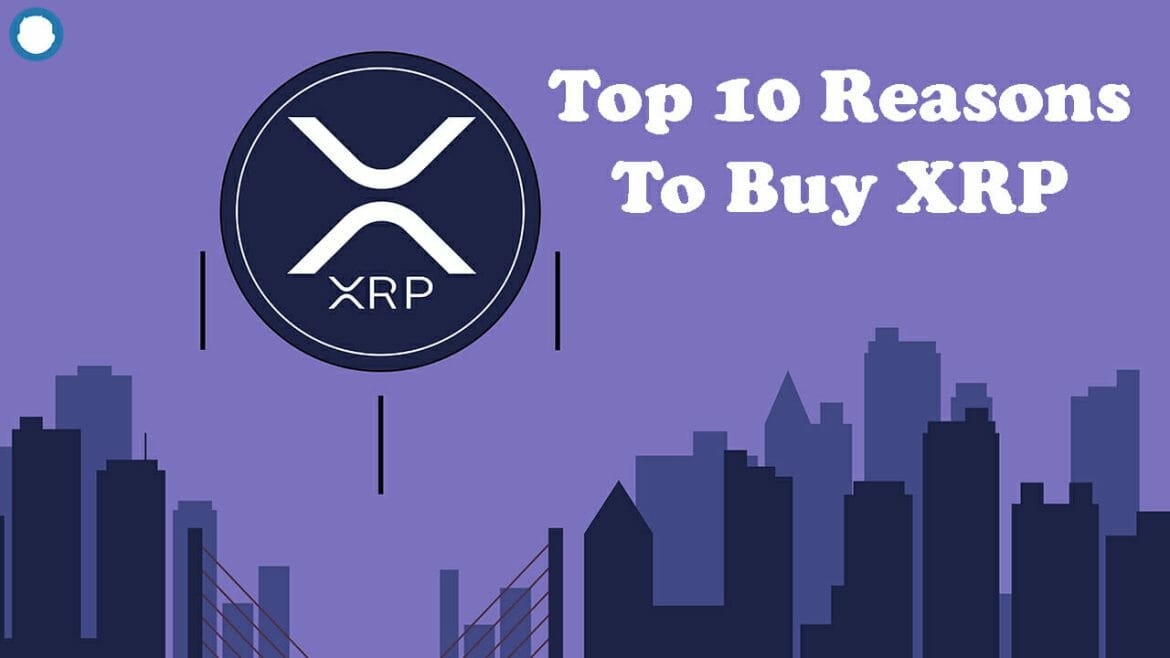 XRP, also known as Ripple, is a digital asset used for payment globally. It is a remittance network, gross settlement payment system, and currency exchange. XRP is used to decentralize payment between two different currencies, thus making it a cryptocurrency that is sought-after, quick, and efficient. Like any other cryptocurrency or digital asset, it is based on a distributed open-source internet protocol, consensus ledger, and native currency called XRP and is also known as the XRP Transaction Protocol or XRP protocol. XRP, which was introduced in 2012, enables secure, instant, and nearly free global financial transactions of any size with no chargebacks.

Why Should You Invest In XRP?

XRP was created by a company called Ripple. Ripple facilitates payments between banks, and this is what makes XRP unique. Ripple aims to become the go-to tool for banks globally while enabling instant money transfers in any currency. As an investor, you’re backing the potential of Ripple to become the next PayPal or Visa of the cryptocurrency world.

XRP can be invested with a great return on investment (ROI). It is one of the best cryptocurrencies worth investing in in 2022. XRP is traded on several exchanges and is supported by a large team. It has progressively expanded and is benefiting from the growing digital world. XRP is the third most popular cryptocurrency globally (as of 1/3/2021). It’s a decentralized cryptocurrency and is built upon a distributed open-source protocol. Ripple is focused on developing technology that will enable XRP to gain new utility and transform global payments.

Ripple has already partnered with many financial institutions such as Santander, UBS and American Express, and more partnerships will likely be announced in the future. This will increase both the demand and value of XRP significantly.

If you want to invest in any cryptocurrency, look no further, XRP is a great choice you will not regret. Here are 10 reasons why you should be buying XRP in 2022:

The cost of transferring XRP from one account to another is low and affordable. You can transfer $10,000 worth of XRP for a fee as low as 0.0005 dollars. Transferring XRP is relatively cheaper than sending BTC, ETH, or LTC. This should become more apparent as time goes on and the volume of transactions in each respective network stabilizes.

Just like Bitcoin, XRP is decentralized and not controlled by any central bank or government, unlike fiat currencies like the US Dollar and the Euro, which are controlled by the Federal Reserve Bank and the European Central Bank, respectively- it is an independent cryptocurrency.

XRP is a part of the cryptocurrency industry that has grown significantly since its inception. Today, there are more than 3,000 altcoins in the crypto market, with more being added every day. It is also important to note that XRP was one of the first cryptos on the market and has reasonable stability, unlike other cryptocurrencies.

XRP is the native token of Ripple, which is a fintech company that helps banks and other financial institutions facilitate cross-border payments by using blockchain technology. The company was founded in 2012, and it has since become one of the leading blockchain companies in the world.

Ripple’s primary focus is on cross-border payments, and it has been working with banks worldwide to build payment systems using its technology. Ripple has also partnered with several financial institutions, including American Express and Santander.

7. Can Be Used By Anyone

XRP is a cryptocurrency that can be used by anyone, at any time, and in any place. It works through its network of servers and nodes. The XRP Ledger is an open-source product created by Ripple to help people use it as a currency exchange and remittance network. It is easy to understand its values and trade them.

The XRP (XRP) coin was first introduced in 2012, making it one of the oldest cryptocurrencies in the market. Since then, it has become one of the most popular cryptocurrencies among users and investors alike. XRP is currently ranked fourth by market cap size after Bitcoin (BTC), Ethereum (ETH), and Tether (USDT). It has a total supply of 99 billion coins and a circulating supply of around 43 billion coins.

Ripple’s clients are already using XRP to move money faster than ever before. More than 100 financial institutions worldwide have partnered with Ripple to send money across borders, and it is faster and cheaper. These include Santander, American Express, International Inc., Western Union Company WU

XRP is a network-hosted token that operates with the RippleNet payment system and acts as an intermediary currency in transactions involving different fiat currencies. It was created to fix the high cost and low speed of cross-border payments. It has some unique features that allow it to be used for various purposes. XRP also has a low transaction fee compared to other digital currencies. 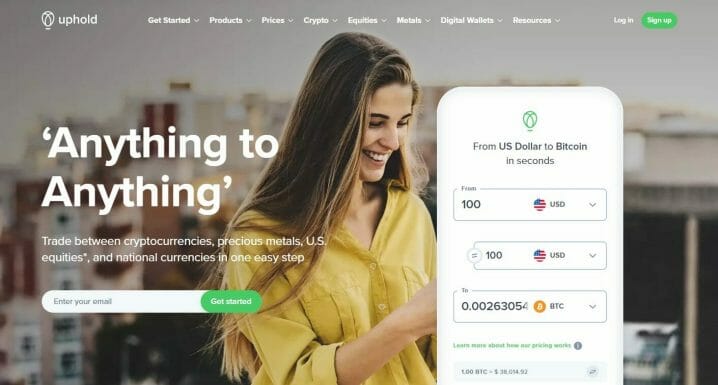 XRP is a digital asset and cryptocurrency that can be purchased on Uphold. Uphold can transact 1000 transactions per second. It is mainly known for its seamless operations when sending money across borders. This makes it easier for users to send money from one end of the world to the other while covering relatively short distances. You can get started on Uphold here.

Uphold offers a flexible and faster time of payments, saving costs, complete transaction control with privacy and security, and reducing/eliminating third-party interference from international transactions. Uphold has a payment integration that allows you to withdraw funds instantly and fee-free to bank accounts in 36 countries or private wallets on seven crypto networks with over six million customers with a seamless experience. Uphold is highly trusted and transparent; we publish our holdings and obligations in real-time.

When you’re looking for a new investment, the first thing that you should do is read the whitepaper of the coin in question. XRP is still a fairly new, but exciting cryptocurrency. Its use cases and function are similar to bitcoin; however, it trades at a lower price for less speculative purposes. If you own XRP consider this advice: Use XRP to purchase other cryptocurrencies and then sell them for USD. Not only will this help with your portfolio, but it will also move you closer to being able to afford the capital required by investing in business ventures.

Ripple (XRP) may sound new to most people, but it’s pretty old. More people are beginning to recognize the potential of Ripple and its utility in the world of digital currencies. With a minimum cap of less than $100 million, it is one of the few platforms that focus on improving liquidity, which means more users and a more efficient market to trade.

Best Crypto Platform for Scalping In 2022