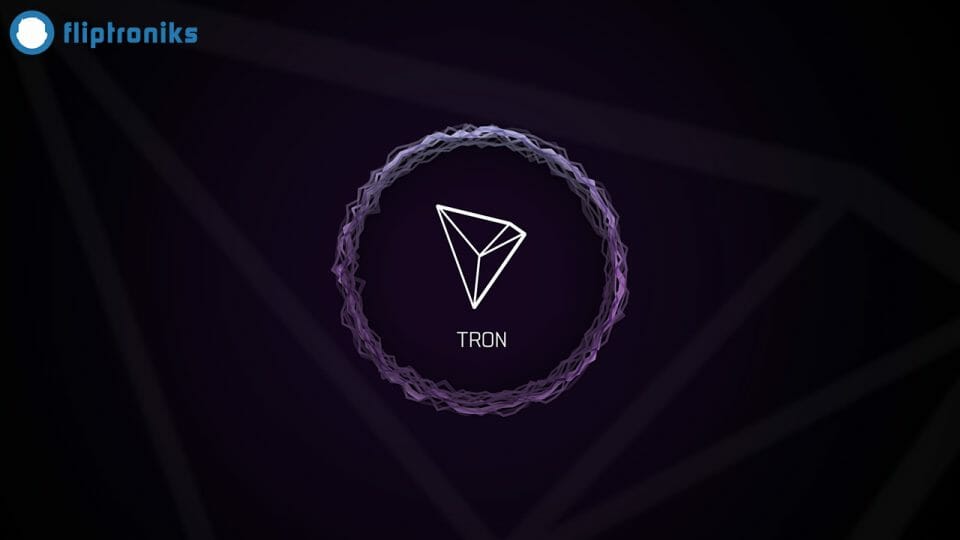 If you’ve been thinking about buying some Tron and wondering if it will ever reach $1 dollar your not alone. This coin has been sitting in the 1-3 cent range for the last couple of years. For it to go over $1 dollar it would need to have a god like run from its current price levels. However in the crypto world anything is possible. Lets dive a little deeper into what Tron actually is, and the problem its trying to solve.

Tronix(TRX) was founded in 2017 by Chinese entrepreneur Justin Sun. It is a decentralized content-sharing and entertainment platform that started on Etheruem’s network but migrated to its Tronix-based blockchain network in 2018.

The TRON Foundation initially raised $70 million through an initial coin offering (ICO) before China banned digital currency. The project was relocated to Singapore shortly after.

Leading the decentralized internet revolution by creating a stable platform for other blockchain projects, TRON has its sights set on building a global digital content entertainment system that aims to enable its users with a cost-effective way to distribute technology and share digital content.

Tron’s network uses a digital token called Tronix (TRX), and consumers can access paid content on the network with them. Users can purchase the token on a variety of cryptocurrency exchanges, and the tokens can then be converted by the content producer for other cryptocurrencies like Bitcoin and Ethereum and stored on a regular crypto wallet. 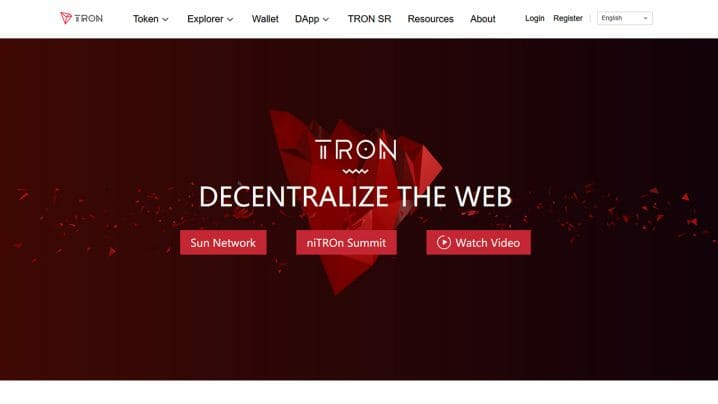 TRON is a decentralized virtual cryptocurrency network created to lead the way in the DEFI internet revolution. Like Ethereum, TRON enables decentralized mobile application developers to utilize complex protocols via smart contracts on its blockchain. So for those of you wondering if Tron will ever reach $1 dollar it needs to solve a real world problem.

The difference is that TRON uses a delegated proof-of-stake with 27 super representatives to verify the smart contracts. This allows the TRX blockchain network to achieve much faster transaction rates than Etheruim based projects.

TRX also has partnerships with Southeast Asia’s largest bike-sharing company, O-bike, and Bitmain, a leading producer of ASIC chips used in Bitcoin mining.  Bitmain is one of the most popular mining tools used in the Bitcoin mining community. Singapore based O-bike uses the TRON network to host its house cryptocurrency.

Perhaps the most significant benefit of using Tronix is that it puts the internet’s power at the users’ control and enables them to choose to disclose or monetize their data. 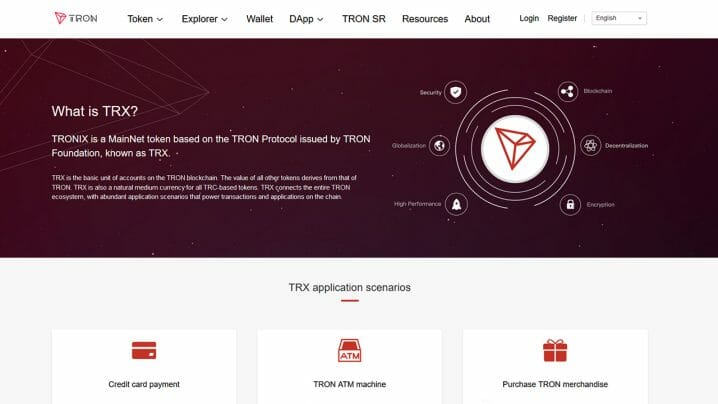 Since TRON (TRX) launched its cryptocurrency in 2017, it has had one of the most cult-like followings in the decentralized market. TRON’s buzz helped it reach a high of twenty-three cents during its initial coin offering before crashing down to the one-cent range.

However, despite trading between the one and three-cent range since 2018, the price has increased over 120 percent in the past 12 months. This brings it to its yearly high of five cents. At the time of this article, Tronix is currently trading around the three-cent support level. 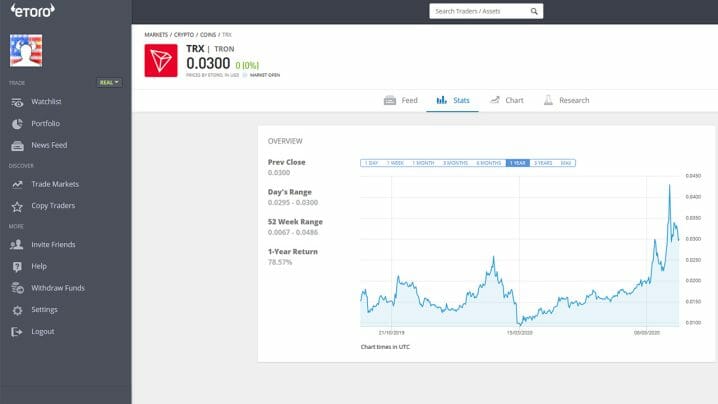 Where Can You Buy TRON?

Investors can purchase TRX on U.S. exchanges like eToro by exchanging them for other cryptocurrencies like ETH or BTC. However, Kraken allows you to purchase TRX with fiat currency. Besides exchanges, you can buy TRON from peer-to-peer (P2P) directories. Users may trade directly between each other without an intermediary.

So back to the question if Tron will ever reach $1 dollar? Many cryptocurrency enthusiasts have been asking themselves this very question lately, and “Can TRON reach $1?” is one of the most searched terms related to the project.

There is certainly plenty of potential for the project to reach one dollar if you look at the facts. According to the project founder Justin Sun, Tronix has the potential to increase its coin price and overall market cap in the future. TRON is starting to gain traction in the cryptocurrency space and has recently revamped the company infrastructure and is starting to spark interest from prospective partners.

All in all, Tron (TRX) certainly has the potential to reach the $1 price point in the future. However, it has to break it’s original high of twenty-three cents first. 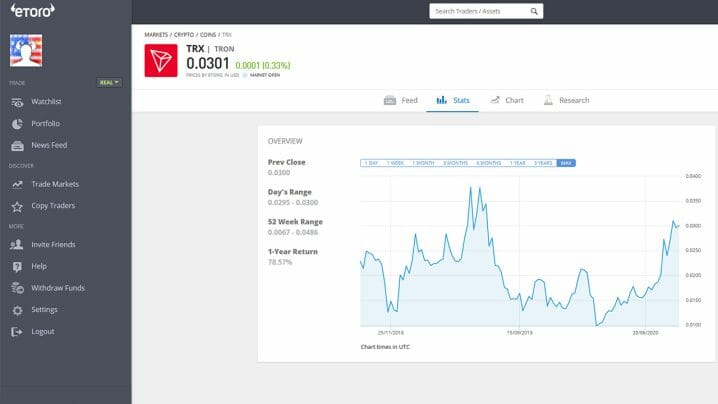 Is Tron a Good Investment?

Tronix has a long-term vision to lead the way for the decentralized web, and stable leadership sure makes the project look promising. They are at the forefront of creating the decentralized third web(3.0) and returning the internet back to its original purpose.

Tron (TRX) is one of the rapidly advancing coins and partnering with many big companies to promote its network. The Tronix foundation is also backed by some of the wealthiest and established Chinese investors, and there are rumors of a possible partnership with Alibaba in the future.

In a short period, TRON has become a firecracker in the DEFI market. Justin Sun’s long-term vision for the blockchain network and newly formed partnerships make it a promising endeavor in the blockchain space. TRX is also increasing in popularity with digital content producers do its decentralized nature. In time it may be possible for Tron to reach $1 dollar, but you would need to be looking at a 3 plus year time frame. Still that would be an amazing return from 3 cents.

Lately, Tron’s Google search traffic has risen significantly, signifying that TRX is starting to gain some traction in the cryptocurrency space. This coin has the potential to change the crypto space if it continues to carry the same momentum. If you want to buy it today we highly reccomend using the trading platform eToro which you can learn more about here.

How To Make Money On Ignition Poker / Casino

Binance US In Illinois – Can You Use It?