Both Bovada and Cafe Casino are online casino’s that serve the United States market exclusively. Each has been around for years with Bovada operating now for a decade. Cafe Casino might be a little bit newer, but has already garnered an “A” rating amongst the gaming community. Let’s take a closer look at some of the pros and cons to using each one of them.

Bovada – Who Are They?

Bovada was established in 2011 and is a Costa Rica – based online sportsbook and casino. Bovada offers betting on major US sports leagues and horse racing too. They offer slot games, table games, blackjack and a host of other casino games. Bovada also offers online poker tournaments. Bovada.lv is powered by Bodog and is owned by Lynton Limited. Although the Bodog brand name is growing in markets around the world, Bovada.lv was built to service US players and launched in December of 2011 while non-US users continue to use Bodog branded websites. The platform’s history is covered below. 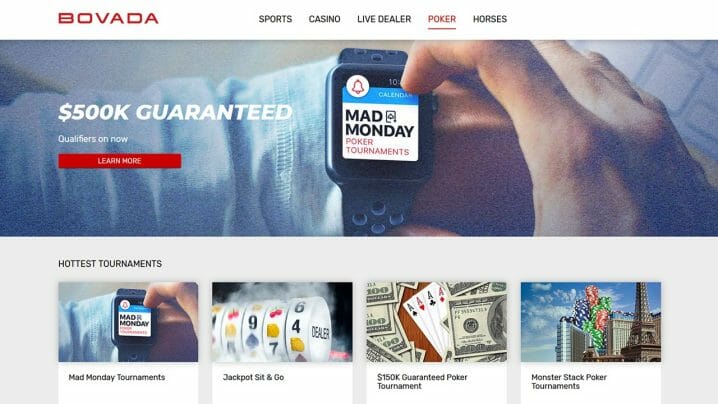 Bovada’s history starts with a software company known as Cyberoad. Cyberoad was established in 1997 and powered three of the world’s first online sportsbooks namely: mayansports.com, thebigbook.com and granprixsports.com which were launched in 1998. Cyberoad stood out amongst other platforms in that time due to its eBanx payments system which allowed its users to fund their games and also cashout easily. This system was unique because gambling sites in that era relied on Western Union or cash agents.

In 1999, eBanx was acquired by Cyberoad, raised cash to go public and failed in late 2000 and its assets were acquired by El Moro Finance Ltd (BUI) and were subsequently assigned to a subsidiary named eSportz in late 2000. After Cyberoad failed, the sportsbooks to which it provided services were without software services, the Big Book purchased Grand Prix and signed on to use the same software which was now branded eSportz. Mayan sports was based in the Dominican Republic and didn’t come to terms with signing up on eSportz and this precipitated a controversy that led to the creation of the Bodog platform.

In 2004, Bodog signed 2004 WSOP Main Event runner-up, David Williams and Josh Arieh, the third-place finisher to their new team of sponsored poker pros that would go on to do very well in several contests while wearing Bodog gear. To improve their brand, Bodog launched a TV series titled: Calvin Ayre Wild Card Poker, ran multiple TV ads in the US for their free version of poker located at bodog.net. the strategy was that they could advertise free play poker as gambling ads in the US were banned, thus, anyone doing a .com search of Bodog would be directed to their real money poker site.

In October 2006, Bodog acquired World Wide Telesports (WWTS) which was one of the oldest and most trusted gambling sites that serviced the US market for $9 million and after moving their accounts and white labels to bodog.com, Bodog began to claim that their history dated back to 1994 which was the year WWTS launched in Antigua.

Bovada.lv is the US version of Bodog and is owned by Mohawk Morris Gaming Group, headquartered in the Mohawk territory of Kahnawake in Quebec, Canada and was headed by Alwyn Morris. 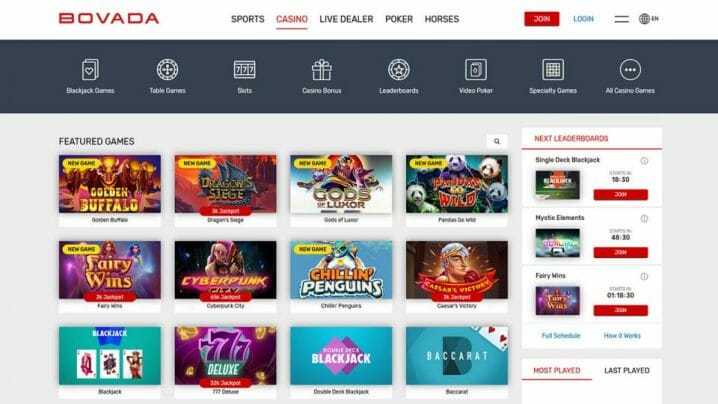 Bovada.lv has a vast casino with up to 250 games such as Blackjack, roulette, baccarat, craps, keno, live dealer roulette, video poker, poker games and over 200 slots.

You can find the most popular forms of poker on Bovada such as Texas Hold’em, Omaha, Omaha Hi/Lo, 7 card stud, 7card Stud Hi/Lo, Sit and Go tournaments and Fast-Fold poker/zone poker.

Café Casino – Who Are They?

Cafe Casino is a US-focused online casino that launched in April 2016. Cafe Casino is located in Costa Rica and is powered by Rival and Realtime Gaming. Café Casino is owned by Lynton Limited. Café Casino’s largest category is slots which are by far the most popular to gamble in US Casinos. Café Casino also offers gambling options in Blackjack, table games and video poker. 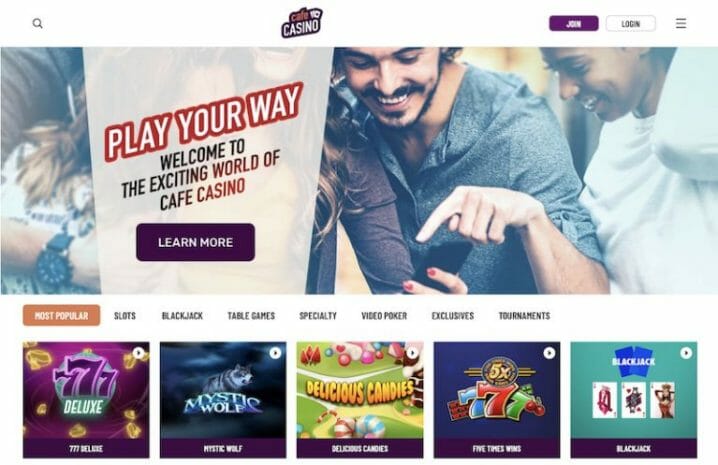 Cafe Casino is a relatively new player in the online casino industry. Café Casino was established in 2016 and is owned by Lynton Limited. The Lynton Limited also owns brands like Bovada.lv, ignition cafe and slots.lv. Lynton limited casinos hold licenses from Kahnawake Gaming Commission with no restriction for US-based players.

Lynton Limited, the parent company of Cafe Casino was established in 1997 with John Bruen and Ignacio Bilbao as it’s managers, with its main office in Leeds, UK. The company’s first online casino slots.lv was established in 2013, followed by Ignition Casino and Café Casino in 2016. The company also acquired Bovada in the spring of 2016.

Realtime gaming which is a software provider for Cafe Casino authors a huge selection of games on Café Casino with slots being at the top of the list of more than 200 choices. There are 102 slot games in seven sub-categories which are:

–         Rival slots featuring all slot games produced by Rival such as So 80’s, Arabian tales and Milk the Cash   Cow. This category is the largest subcategory of slot games

–         Video slots feature all of the sites video slots such as Bird of Fury, Indiana Jane, DJ Moo Cow, Food Fight, Strike Gold, and Gladiator Wars amongst others. 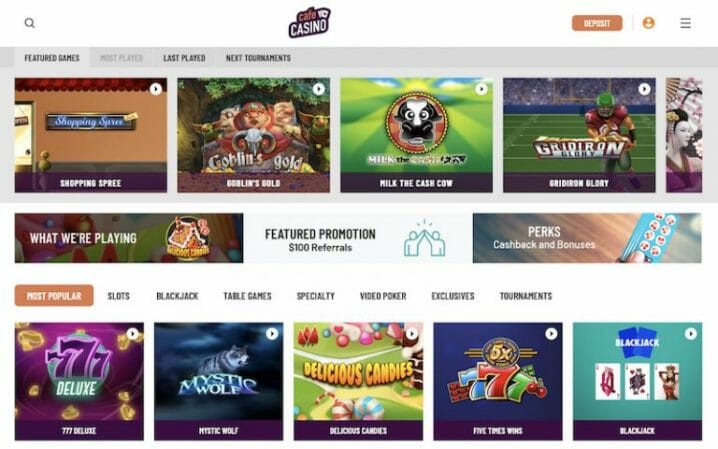 Café Casino has pretty decent payout times with payouts in bitcoin and checks. Bitcoin withdrawals is the fastest way to withdraw wins from the casino. Typical cash out time is between 15 minutes to 10 business days.

Both of these online casinos have a lot to offer. To anyone looking to try them out, there’s no harm in trying out some of the practice money games before making a real money deposit. However all indications point to a high level of trustworthiness on both platforms. One of the biggest differences is that Bovada has a larger game selection than Cafe Casino. So any user looking to have a wider array of options could go for Bovada. You can learn more about Bovada by clicking here.

BlockFi vs. Sofi – Which Is Worth Your Time?

BlockFi vs Webull – Which Is Best?