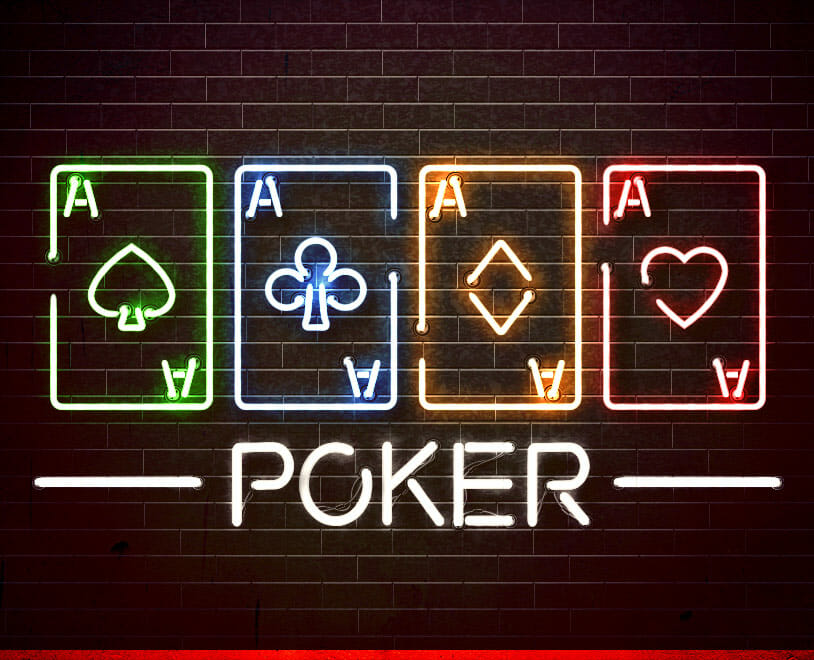 We are going to be taking a look at how to crush sit n go poker tournaments. Okay, so I got into a $20 sit and go here on Bovada Poker. Now, if you’re looking for a great place to be playing, I highly recommend checking these guys out. I’ve been playing here for the last eight years, but they’ve been operating for almost a decade. The type of sit and go I got into here was a jackpot sit and go. So lets get into how to crush these type of games.

Jackpot sit n go’s are pretty fast paced. You can see the chip stacks are only 500. But whenever I’ve played sit and gos in the past, what you want to do in the beginning is play really tight because you want to get a feel for the other players for at least the first few rounds. Probably the first four to six to eight rounds, you want to play really tight, and then you want to start to open your ranges up based on how they’re playing. Now, when you’re playing a short game like this, obviously any ace combination’s going to be good. Any ace suited, and king highs are pretty good. Queen combinations are pretty decent too, but just play tight in the beginning and then open up your game as the blinds go up and the blind levels start to increase. 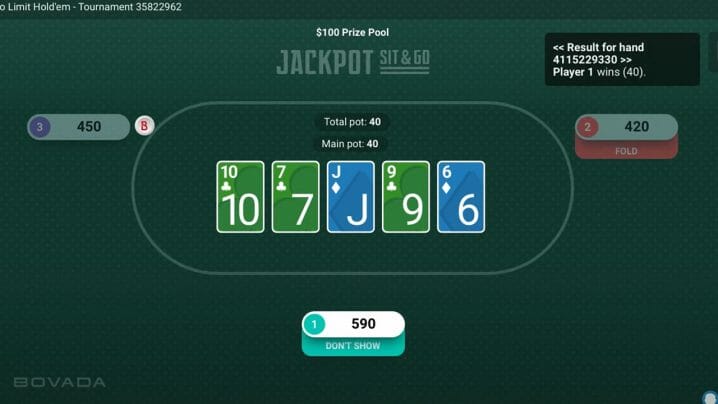 If you really want to crush sit n go’s it really comes down to getting a read on the player you’re playing against. Now, that’s something that you get good at in time, but getting a read for how they’re playing, like, are they trying to limp into hands a lot? Are they slow playing constantly? Are they over aggressive? A lot of times you’ll find players that are really aggressive, too aggressive, and then it kind of just bites them in the butt. You have to find the perfect mix, so obviously you got to play your ace highs, king highs, any kind of like suited combinations are good too. But like I said, just play tight in the first couple levels and then just pay attention to how the other players are playing and kind of adjust your play style to that. 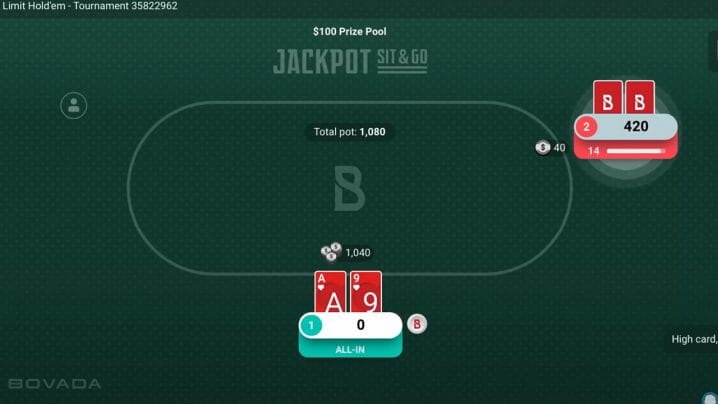 Fortunately in this sit n go I was able to get to heads up. I immediately changed my play style to aggressive without wasting anytime. When the blinds start to go up you have to open your game up or you’ll get eaten alive. So when I got heads up I was really aggressive here in the first couple of hands, and then I think I limped into one, or limped into a couple of them, and then we’re going to get it all in here pretty soon. You’re going to see the final outcome of this game. But if I had to say how I played this game, I feel like I played it pretty darn good. I didn’t make too many mistakes, if any, at all. It was pretty good poker honestly, and then things kind of just went my way. The final hand was Ace/Seven,vs Jack/King. The good news is my hand held up which allowed me to scoop up a fairly easy $100 win. 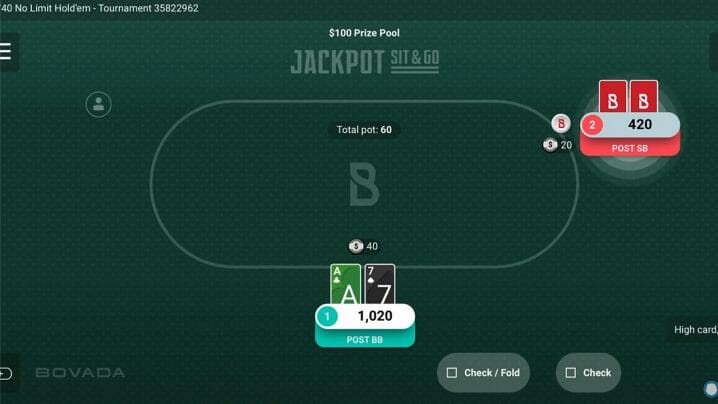 If you really want to start crushing online poker sit n go’s you have to pay attention to the blinds, and really adjust to how your opponents are playing. This is a skill set you will eventually pickup overtime if your putting in the work to get better. For now keep practicing and stacking your opponents!

How To Prepare for a Crypto Bull Run In 2022

Does Ignition Poker Have Freerolls?