6 Max Poker vs Full Ring – How Much Different Are They? 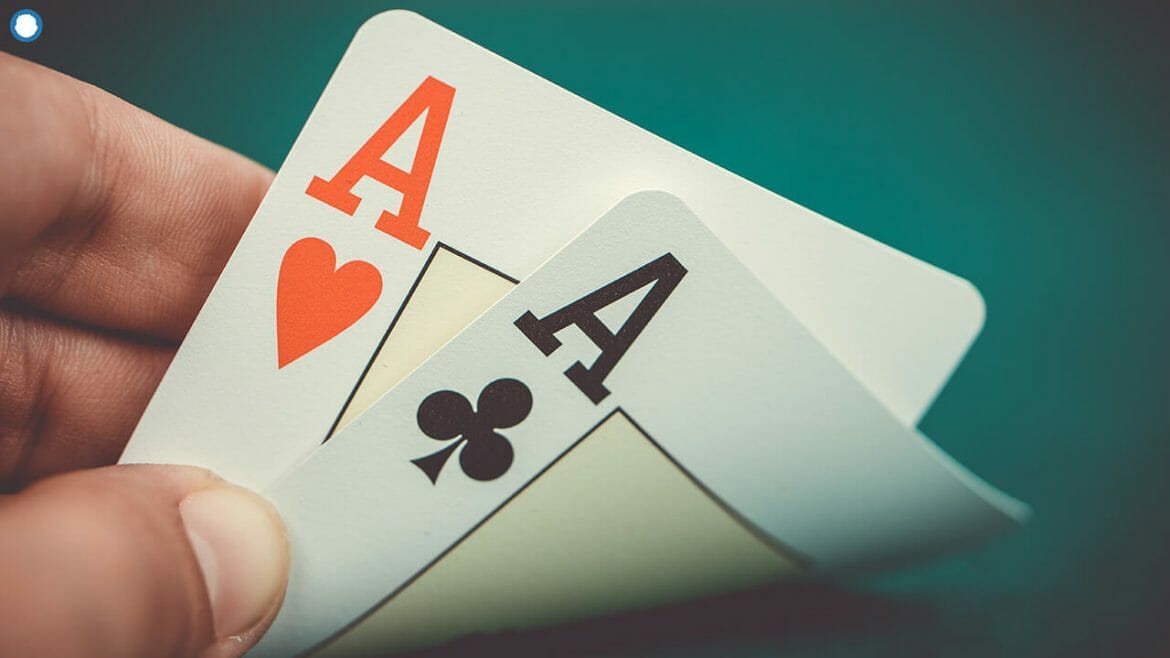 In the early days of online poker game selection was small, but it has evolved, and nowadays online poker has gained massive popularity, and players prefer to play the game from the comfort of their homes with the help of various online poker gaming platforms to enjoy.

There are numerous popular poker games on the Internet today, and those who take this game seriously can make a lucrative income. Serious poker isn’t just about playing regularly; it’s also about reading poker books, studying hands, and choosing tables wisely. Players must also decide whether to play multiple tables and what their win rate is, as these factors affect how much they can earn playing online poker. Online poker sites also offer players bonuses that can add another hundred dollars to their winnings.

A traditional poker game can be played in two different ways: Full Ring and 6-Max. However, the number of players permitted at a single table at any given time is the primary distinction between the two. A full ring game and a 6 max cash game differ greatly in many different ways that have an impact on gameplay.

The number of players makes up the biggest distinction between the two cash games, which also has an impact on each player’s position and the likelihood of winning. It is advised to play or wager on hands at the finish of any poker game rather than at the beginning. The idea works best in a full ring game where there is a greater probability that someone else will have a stronger hand than you.

In a Full Ring game, there are more participants; thus, there is a higher chance that someone will have a hand that is significantly stronger than yours. As a result, you must adopt a strict strategy and only play hands that you are certain of winning. In contrast, you must play with a loose hand in a 6-Max cash game, which requires you to act fast with your powerful hands. Due to fewer players frequently playing from the blinds in short-handed games, hand values rise more quickly.

A person who plays in a mechanical way by adopting a tight game (ABC player) will be able to get a profit in the full ring unless the level is high. Still, it is obvious that he will not be able to get out of it in 6 max given the number of actions and aggressiveness.

On the contrary, a player accustomed to 6-max will be able to adapt much more easily to a full ring table and all the more so if there are no players at this table. It often happens in a 9-a-side game that 2 or 3 players are missing to adapt to the aggressiveness of smaller tables. 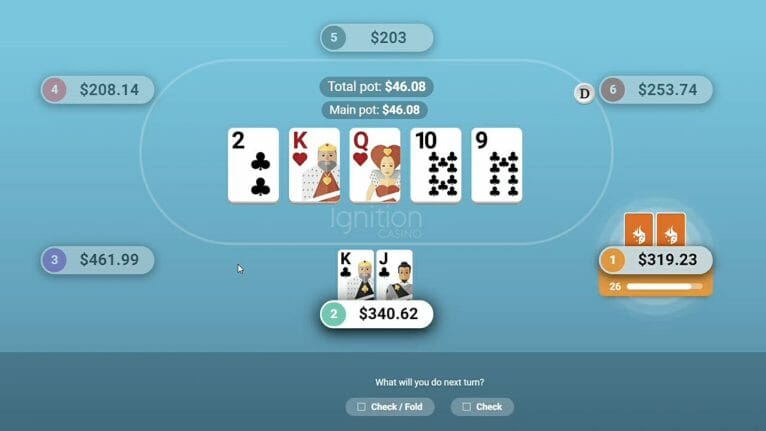 Value bets are an essential element of 6 max poker. Playing online tends to be tempting to make rash decisions anyway, and in 6 max poker, you can be assured that most will behave more aggressively than at full-ring tables. If you hit well on the flop, then you shouldn’t just take the pot, you can usually cash in well: Try a value bet of pot size or more instead of the usual continuation bet, where you only half to a third of the pot – you’ll be surprised at how often you get called. Maniacs often assume that you want to bluff them out of the hand, because they try to do it themselves all the time.

The 6 max ring game is particularly profitable when your senses and skills are well developed and sharpened when playing online poker. At these tables, it’s all about locating your less-skilled opponents and getting as much out of them as you can. Fortunately, because of the smaller number of players, you will be involved with them more often – take your chances.

Expect bigger ups and downs, at least initially. More pots, a wider range of starting hands, generally increased aggressiveness – it all means more variance. If you play a lot of poker online, it might be worth considering playing a cash game at 6max tables, a level lower than your bankroll allows for the full ring variant because of the inevitable swings. 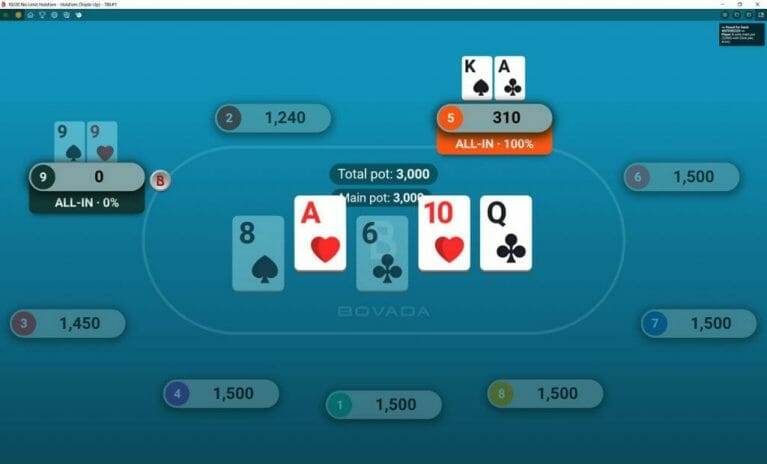 When it comes to the online cash game scene, shorthanded action has taken over. Most pros immediately flock to the tables with fewer players. As a result, the weaker players are generally left behind at full ring tables, making for a more relaxed game.

Full ring remains the standard format offered in tournaments both live and online. While shorthanded tournaments do exist, they are far less common than shorthanded cash games.

In general, the more players there are at a table, the tighter the range that should be played. Full Ring is a suitable format for beginners as there are less difficult decisions on average.

Which Is More Profitable?

In the end, you should experiment with both formats to see which one you prefer. But as you gain expertise, it’s possible that you’ll start to lean toward 6max because it’s typically seen as a stronger and more entertaining game structure. Playing 6-max is recommended, especially if you enjoy fast-paced games and lots of high wagers. 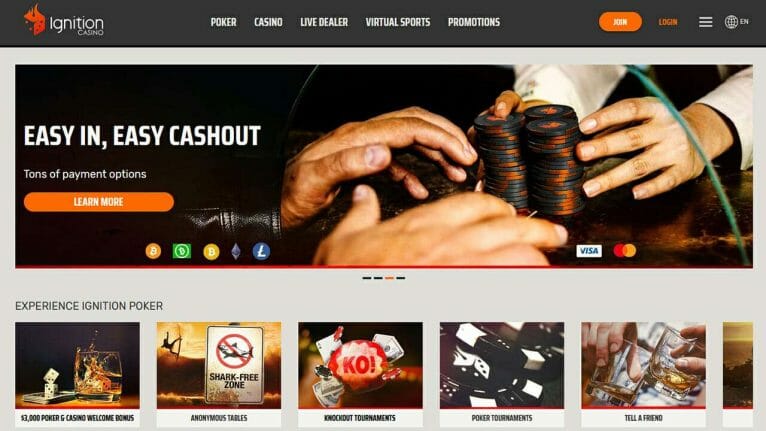 Ignition Poker is one of the most recent cardrooms to open in the United States, having done so in 2016, and it offers genuine players a wide range of chances. The website, which was once run under the Bodog brand name, is now a component of the PaiWangLuo Network, which is in and of itself an ecosystem. Ignition Poker caters solely to players based in the United States and may be accessed in almost every state in the country. You can get started on Ignition Poker here. 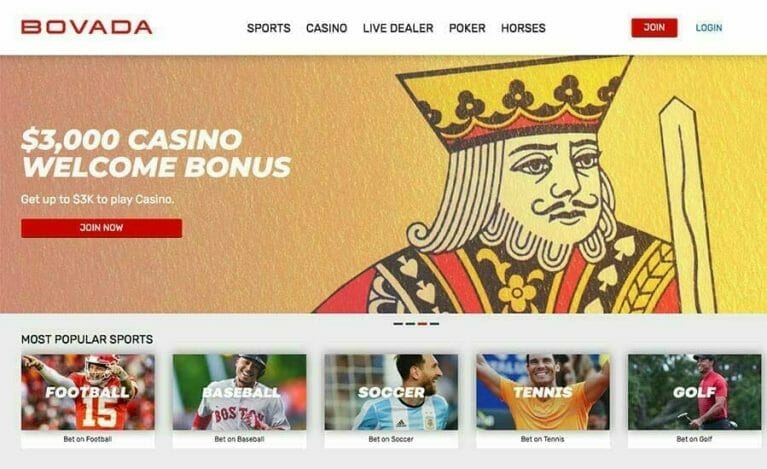 Bovada Poker is one of the most well-known cardrooms in the United States, catering exclusively to players from the United States. Previously open from 2004 until 2016, the card room was just reopened in 2017 with a brand new look, a wide range of tournaments, and regular poker games. At the moment, the poker room is number one in the United States and among the top 10 poker websites worldwide when it comes to player traffic and tournament prize pools.

Among the many advantages of Bovada Online Poker are anonymous tables for newbies and fast payouts. Up to $500 in free poker money is up for grabs for players who sign up using this link. You can get started on Bovada Poker here. 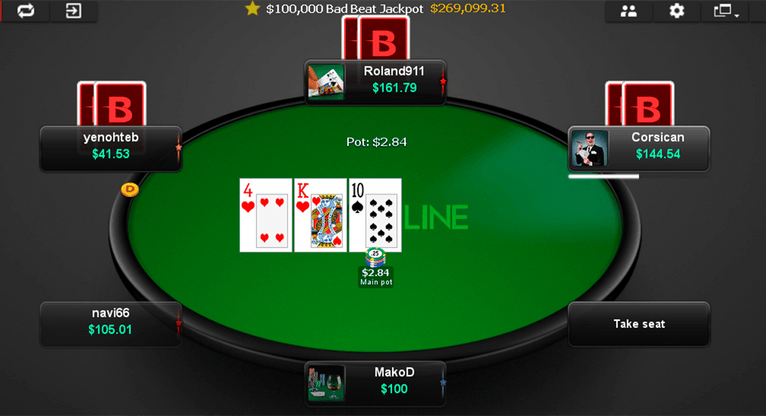 US poker site BetOnline has been around for a long time. This company was founded in 1991 by a group of individuals who then went on to launch the company under its current name in 2001. After releasing their own proprietary poker client in 2016, BetOnline became a Chico Poker Network member for the first time in the company’s history. There is a good mix of recreational, novice, and experienced players in the BetOnline Poker room, and the software has gotten much better over time. In addition, the website has a lot of good registrations at the lower tiers and a strong traffic and user base overall. You can get started on BetOnline here.

Full ring and 6 max cash games are comparable and distinctive in several ways. Both are poker games, although the former has more participants than the latter due to the varied player counts.

Play full-ring games if you’re just starting off in the game of poker. Since there is less bluffing, you will always have a tight hand and be able to tell how the game is being played. However, 6 max games are primarily for players that play their cards fast and aggressively. In a 6-max game, you can’t wait for the best card; thus, you could frequently need to bluff to stop the other player from raising their hands.